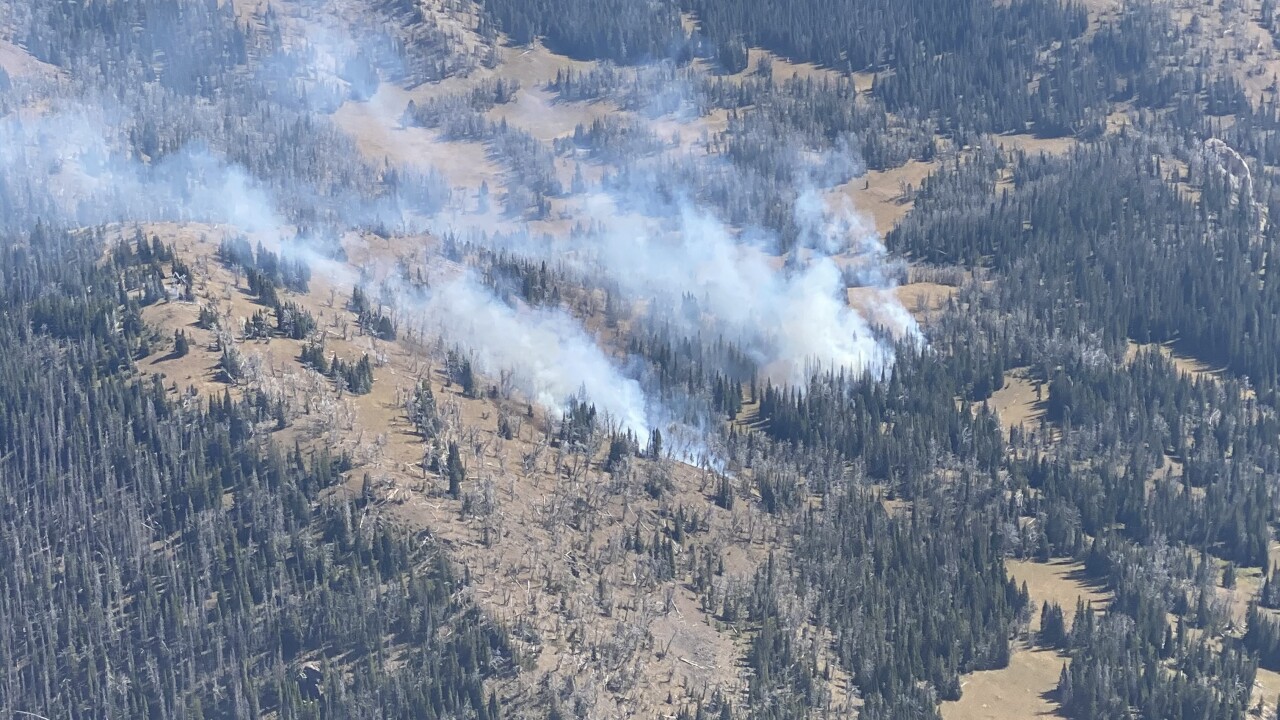 A fire was detected Saturday morning between Cascade Mountain and Lobo Mesa in the southern Gravelly Mountains, according to the U.S. Forest Service.

The Lobo Mesa Fire, burning in the head of the Cascade Drainage, was detected around 11 a.m. Saturday.

The fire is burning mixed conifer with a large amount of beetle-killed timber, according to the release, along with a moderate amount of dead and down trees.

The Lobo Mesa Fire is estimated to be 10 acres with no structures threatened. It is burning in a remote area with poor firefighter access.

Four helicopters and multiple large air tankers dropped water on Saturday into crucial areas of the fire to slow advances.

Ten personnel were on scene Saturday. More ground resources are expected Sunday, along with a continued aerial attack.