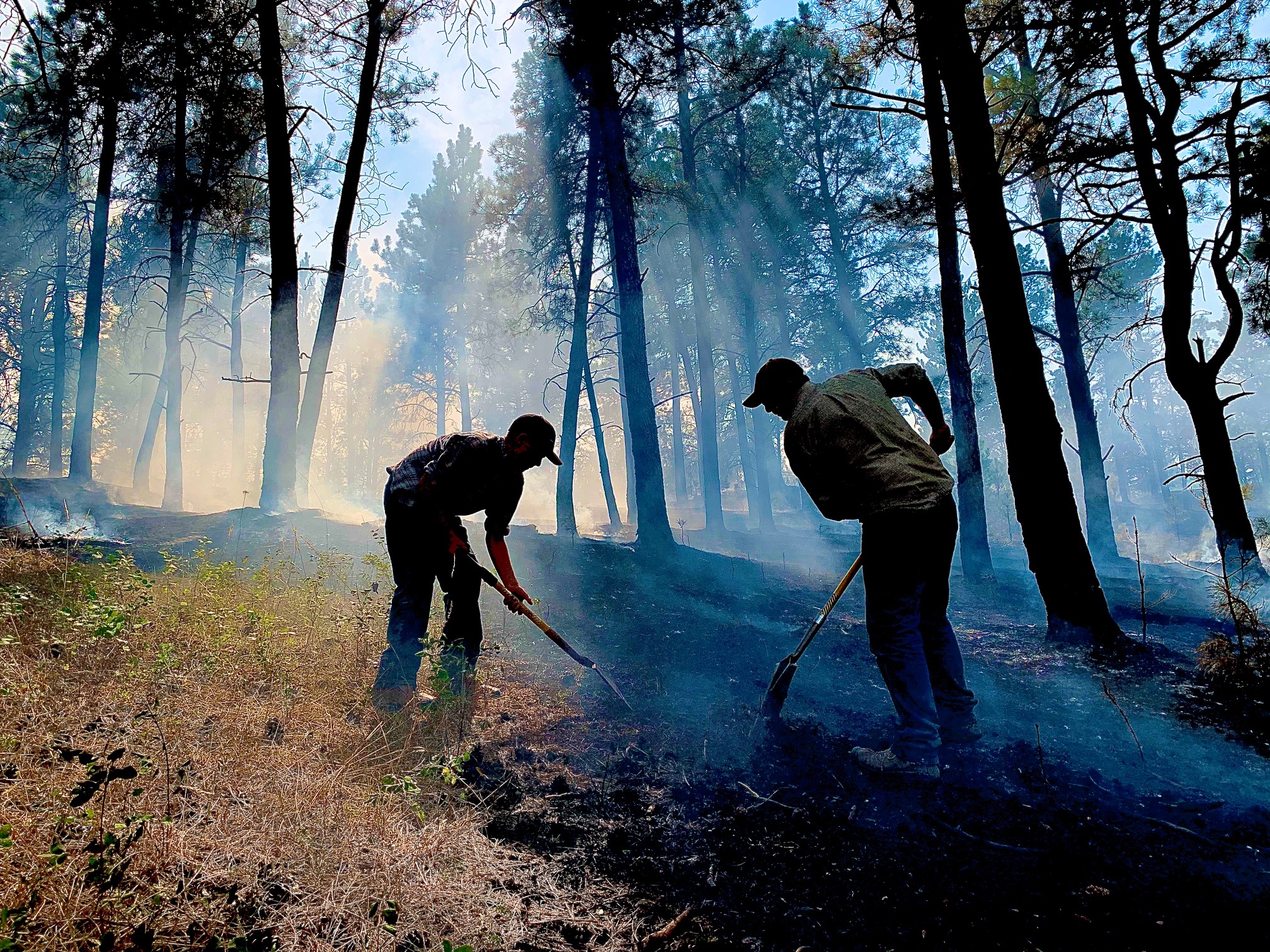 “(Rain) puts a good wetness down on the fine fuels which are the grasses and the smaller pieces of woody debris. It cools those off and allows the opportunity to knock down some of the flame activity that might be along the edge," Engrav said.

Additional firefighters arrived to the scene Monday with personnel now totaling 350 on the the blaze that's grown to 30,000 acres. The fire is 50 percent contained as of Monday night.

There's no official word on how many structures may have been lost.

Firefighters were patrolling the areas around structures and previously dug fire lines to allow evacuated residents the chance to get back to their homes, Engrav said.

“At this point, all evacuations and closures have been lifted. With this rain that has come in, that helps a lot for a fire like this that has been burning in the tall grass, it was real flashy that way. This kind of weather slows that down and knocks it down," Engrav said.

All evacuations for the BobCat Fire were lifted at noon.

As crews work the perimeter of the fire, they will be looking to put out hot spots and other heavy fuels that can keep their heat through the rain. Engrav said some dirt roads in the area were inaccessible to heavy vehicle traffic due to the rain, so firefighters worked where they could.

Dryer days are forecasted for the rest of the week which have the potential to dry the area out again. Engrav asked the public to be careful with activities that could start another fire.

"Things will be wet for maybe a few days but start to dry out again in this area. It's important to remain vigilant on that in preventing any future wildfires," Engrav said.