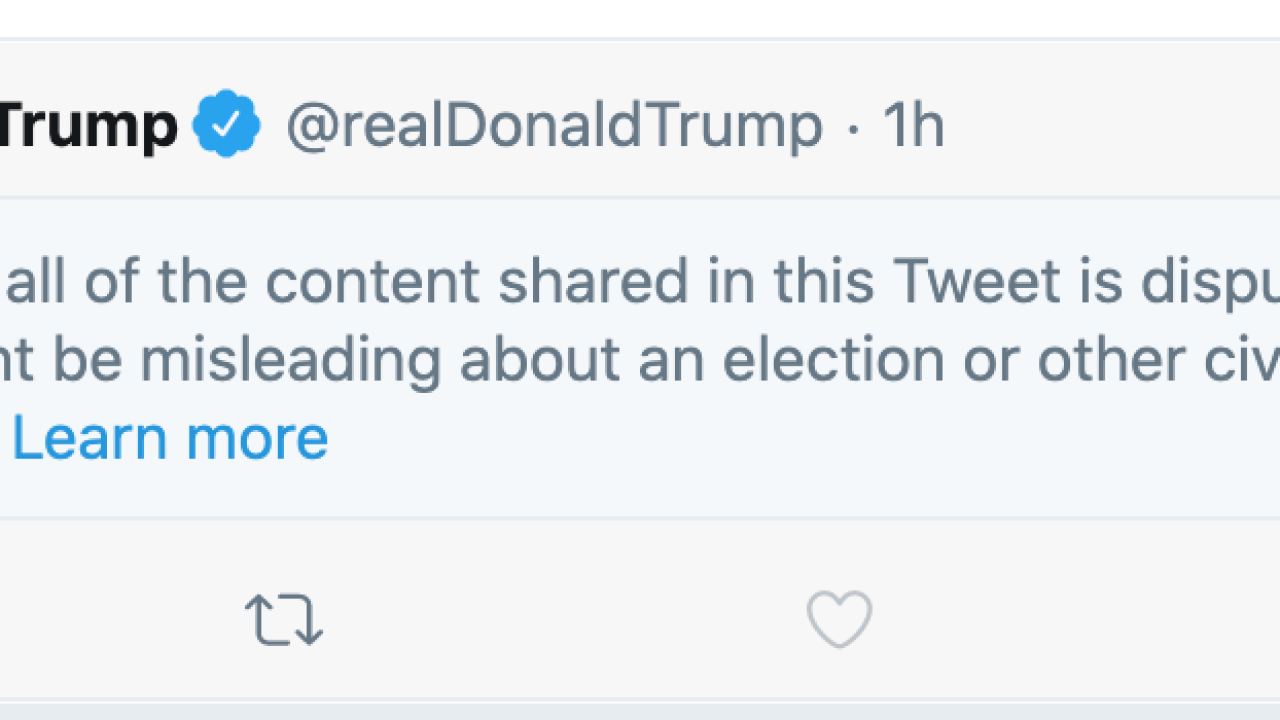 Trump’s tweet said, “The Supreme Court decision on voting in Pennsylvania is a VERY dangerous one. It will allow rampant and unchecked cheating and will undermine our entire systems of laws. It will also induce violence in the streets. Something must be done!”

Trump told reporters between campaign rallies on Monday that he believes the decision will lead to cheating.

The Supreme Court ruled that mail-in ballots in Pennsylvania can arrive up to three days after the election given they are postmarked by the election.

Trump's opponent Joe Biden had little to say about the tweet.

“I’m not going to respond to anything he has to say. I’m hoping for a straightforward, peaceful election with a lot of people showing up," Biden said late Monday.

While polling suggests Trump will do well among those who will vote in-person on Tuesday, polls show Biden with a huge advantage among mail-in voters.

Mail-in ballots in Pennsylvania, a state expected to be crucial in deciding who wins Tuesday’s election, could take days to count. Election officials are not allowed to begin processing ballots already received until Tuesday morning.

"The outcome of Tuesday's election could well depend on Pennsylvania. It is vitally important that the more than 3 million ballots cast by mail here be counted as soon as possible," Pennsylvania Secretary of State Kathy Boockvar said. "The country will be looking to Pennsylvania for accurate and timely results."

Election results are generally not official until days or weeks after the election.

With mail-in vote results expected to come in after the in-person votes in Pennsylvania, Trump will likely see a sizable lead dwindle in the hours and days after polls close in the state.

While Trump has claimed that voting fraud could cast doubt on the legitimacy on the election, there have been relatively few instances of recorded voting fraud. The White House released a Heritage Foundation report that found 1,071 instances of voting fraud, but those instances date back into the 20th century compared to hundreds of millions of votes tallied over the years.