Residents line up to vote in Great Falls 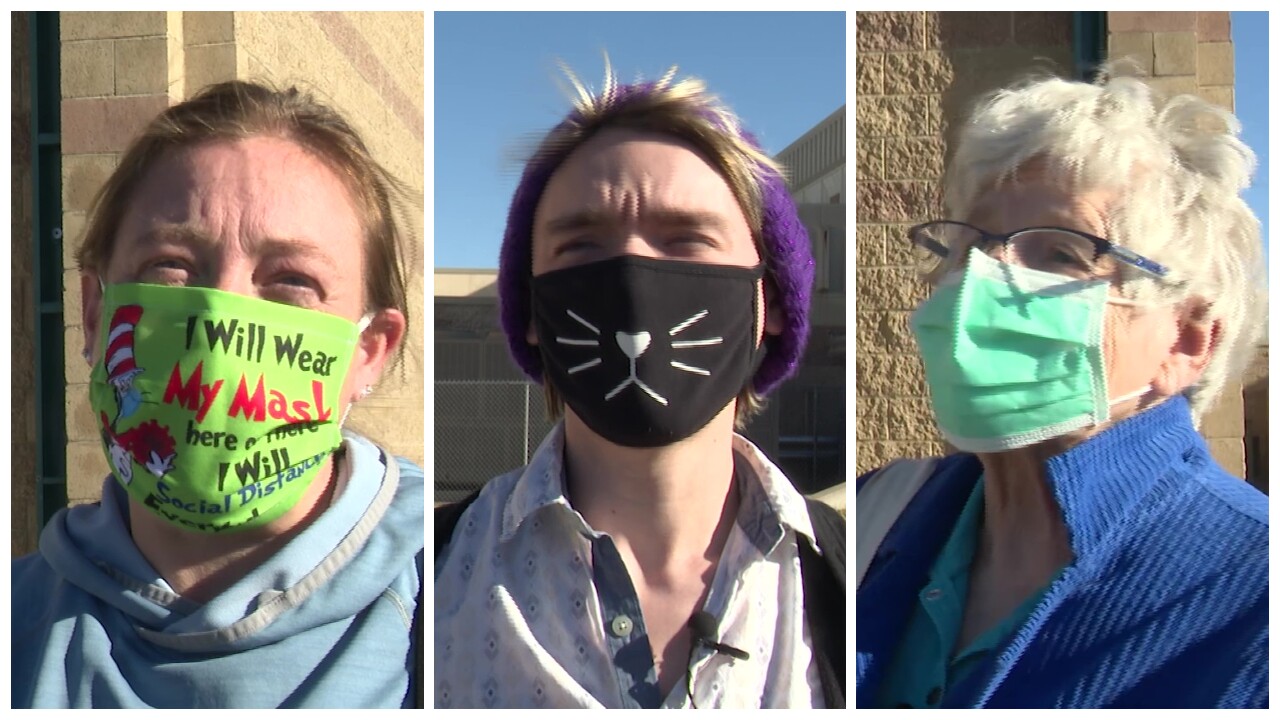 Perhaps more than in any previous election, people who haven’t already voted can’t wait to cast their ballot on Election Day 2020.

But at the ExpoPark in Great Falls, they were expected to have to wait. “We’re anticipating lines to be three hours plus,” said Rina Fontana-Moore, the Cascade County Clerk & Recorder.

Luckily, as of Monday morning, Fontana-Moore said about 80 percent of ballots mailed out in the county had already been returned. On top of that, many people came to vote on Monday.

Some voters said they’ve noticed a difference voting during a pandemic, while others haven’t.

“In actual voting, no,” Carolyn Colman said when asked if she’s noticed a difference.

“Not as many people at the same time. It probably makes it nice because there aren’t so many people,” Sheri Yates said.

“It just seems like everything’s been a little clogged up and taking a little extra time than it usually does,” said Storm Bakkila.

For election officials, the difference between a pandemic and non-pandemic election is certainly noticeable.

“No mask, no entrance in to Exhibition Hall. Period. We’re asking people to sanitize when they come in. We’re giving them a pen,” said Fontana-Moore. "Once they’re done, they’re routed out a different door and we clean the tables down.”

In Cascade County, if election officials contacted you about a problem with the signature on your mail ballot that’s preventing the ballot from being counted, you have until 3 p.m. Wednesday to correct the issue. Fontana-Moore explained, “If the signature was bad, we are now calling people. Earlier on, we mailed them letters. If they forgot to sign it, we’re calling people. If those two scenarios happen, they actually have until 3 o’ clock in the afternoon on Wednesday to rectify that,” she said.

Voters can check the status of their ballot online at the Montana Secretary Of State website. Once it’s been accepted, Moore said, it will be counted. As of Monday morning, a little less than 80 percent of the ballots mailed out to voters in Cascade County had been returned.

From the Cascade County Elections Office:

Auto-Mark Voting Machine
We will provide additional places of deposit that will be equipped with an auto-mark voting machine on Election Day only (Tuesday) and the hours of operation will be 7 am to 8 pm and are as follows:

If you have questions or need more information, call the Elections Office at 406-454-6803, or click here to visit the website.