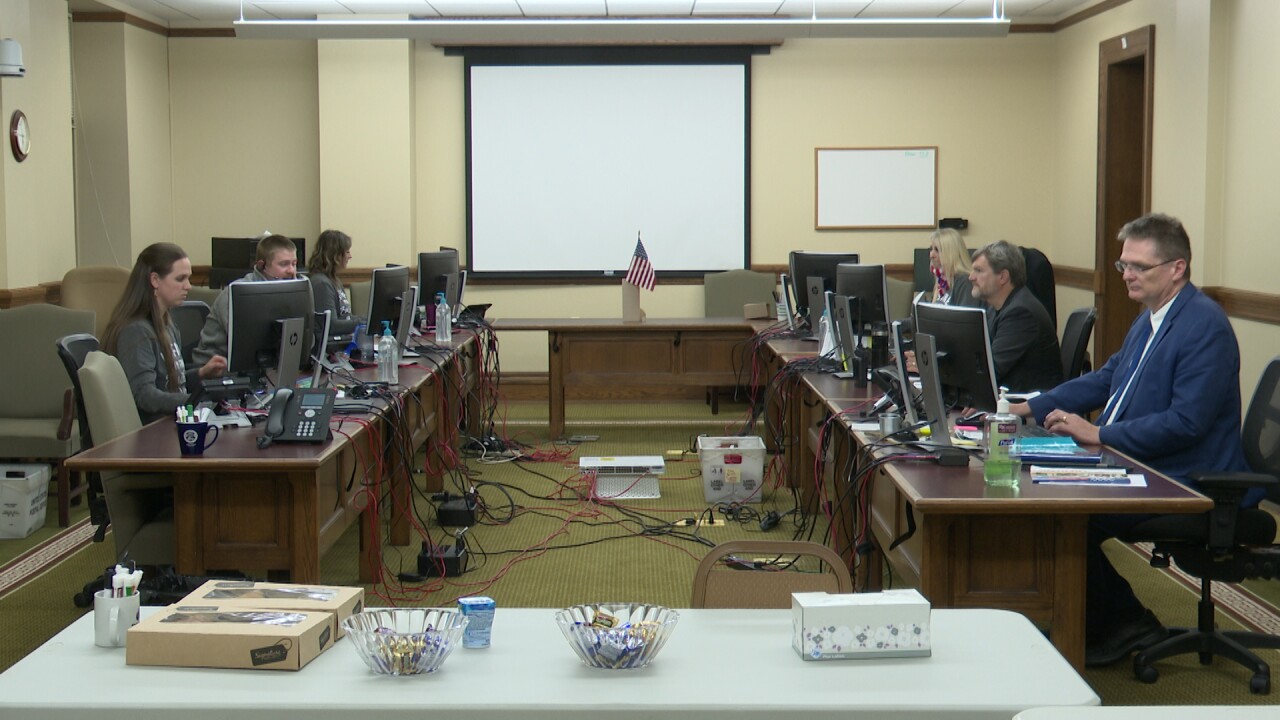 Dana Corson, elections director for the Secretary of State’s Office, told MTN a number of large counties, including Yellowstone, Flathead, Missoula and Gallatin, had long lines at some point during the day – though he said the Flathead County clerk said the lines were comparable to what they experienced in 2016.

Turnout across Montana had already been extremely high, with 40,000 votes already in than were cast during the last presidential election. Those numbers only appear likely to keep rising.

There have been some other issues. Corson said one vote-counting machine in Butte-Silver Bow County has not been operating because it needs a replacement part that is expected to arrive around the time polls close. However, he said the clerk there believes the majority of their ballots have already been counted.

The Secretary of State’s Office has set up a “war room” at the Montana State Capitol, where staff have been working since about 6 a.m. They are in contact with all 56 county election offices to get updates on how Election Day has gone and – once the ballot deadline passes at 8 p.m. – confirming the vote counts.

The Election Night operations are usually set up in a conference room in the Secretary of State’s Office. This year, they are using a larger room on the first floor, to provide more space for distancing. About 15 people will be working there Tuesday night.