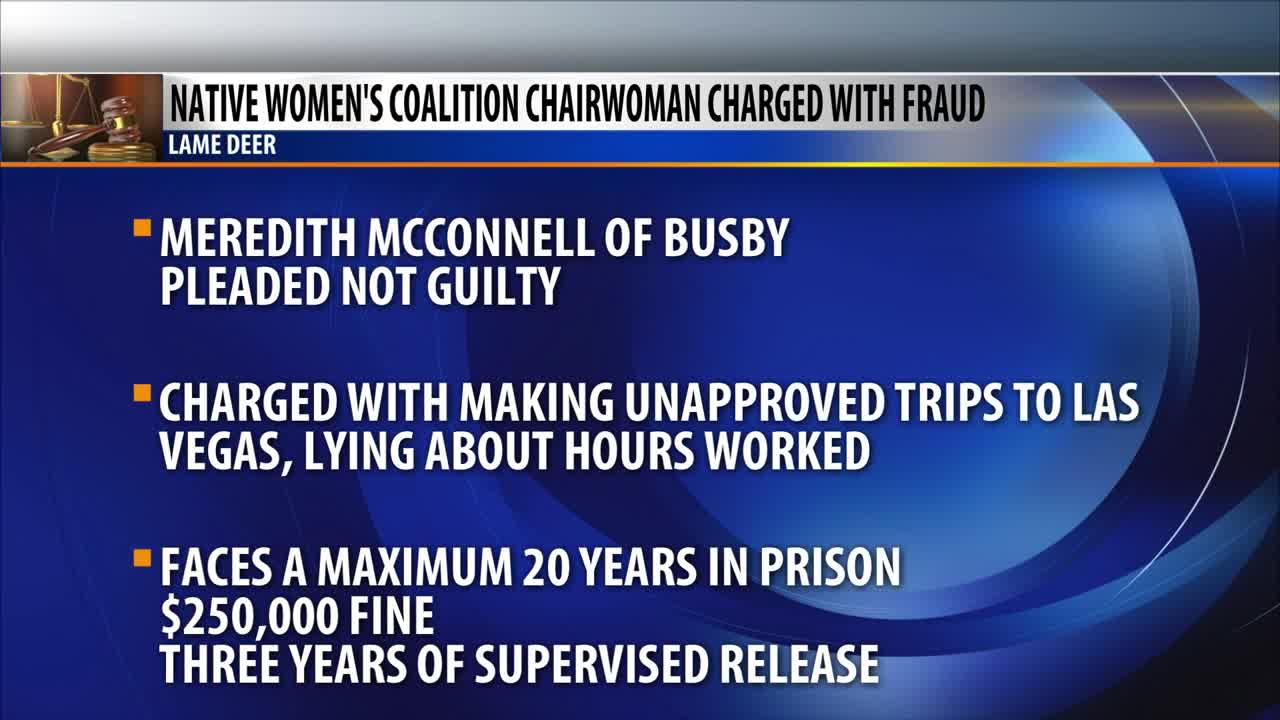 BILLINGS - The former chairwoman of the Montana Native Women’s Coalition was arraigned Thursday on charges in a 10-count indictment accusing her, and the Coalition’s ex-treasurer, of stealing federal grant funds to make unapproved trips to Las Vegas and to receive other unauthorized benefits, U.S. Attorney Kurt Alme said in a press release.

Meredith McConnell, 50 of Busby, pleaded not guilty to seven counts charging her with theft from a program receiving federal funding, wire fraud, fraudulent travel claims and misprision of felony. McConnell was the Coalition’s chairwoman and the executive director of Healing Hearts.

If convicted of the most serious crime, McConnell faces a maximum 20 years in prison, a $250,000 fine and three years of supervised release.

The indictment is merely an accusation and the defendants are presumed innocent until proven guilty.

The indictment accuses McConnell and Daychief of stealing from Lame Deer-based coalition from about August 2017 until March 2018. The Coalition’s purpose is to help Native American victims of domestic and sexual violence. In addition, the Coalition brings together Native American leaders and state representatives who administer state and federal funds for domestic violence and programming to improve resources for Native women and tribal programs.

The Coalition receives funding from the U.S. Department of Justice’s Office on Violence Against Women, which provides grants for victim services. From October 2017 to September 2018, the OVW awarded the Coalition $318,008 in federal funds.

Two months later, the First Nations Development Institute held a two-day training for the Coalition in Billings, where it taught board members, including McConnell and Daychief, about conflicts of interest, whistleblower policies, code of ethics and financial oversight. The Coalition also received a special condition about reporting fraud in its September 2017 award package.

The indictment alleges McConnell and Daychief committed travel fraud, received travel payments on non-approved trips, including to Las Vegas, received and authorized double-payment for “days in service,” authorized unapproved construction projects and took other benefits they were not entitled to receive.