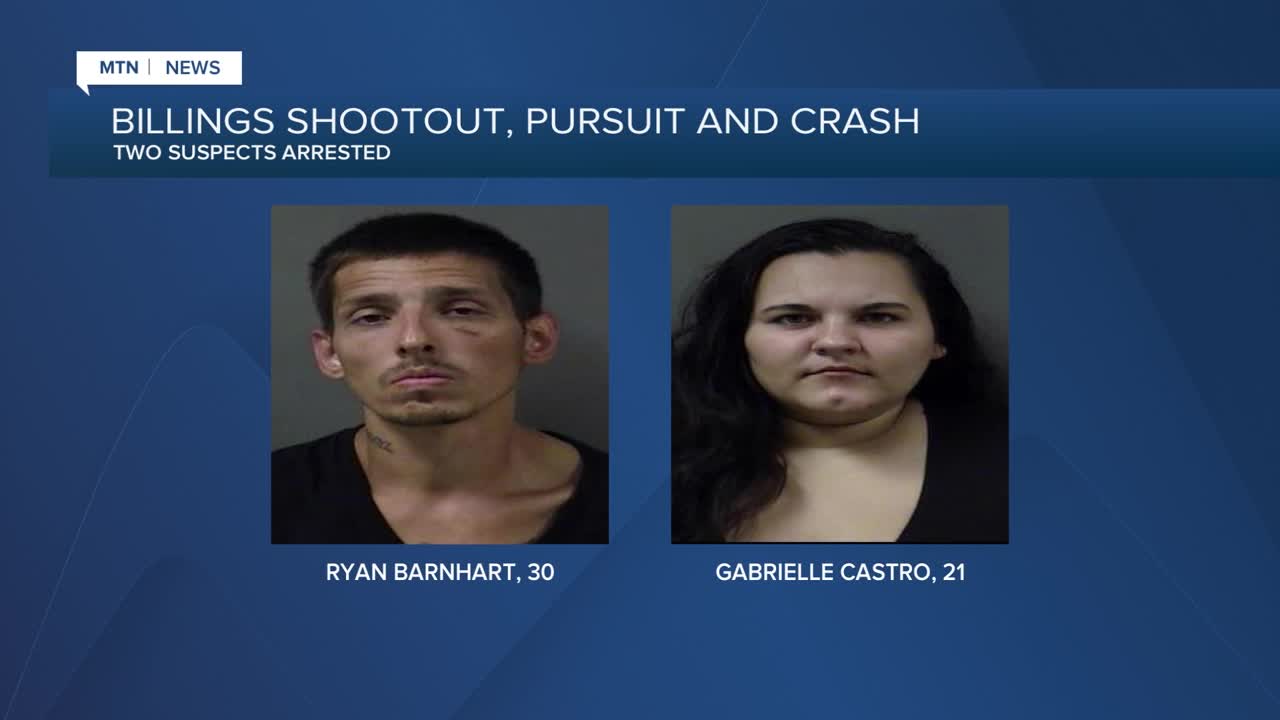 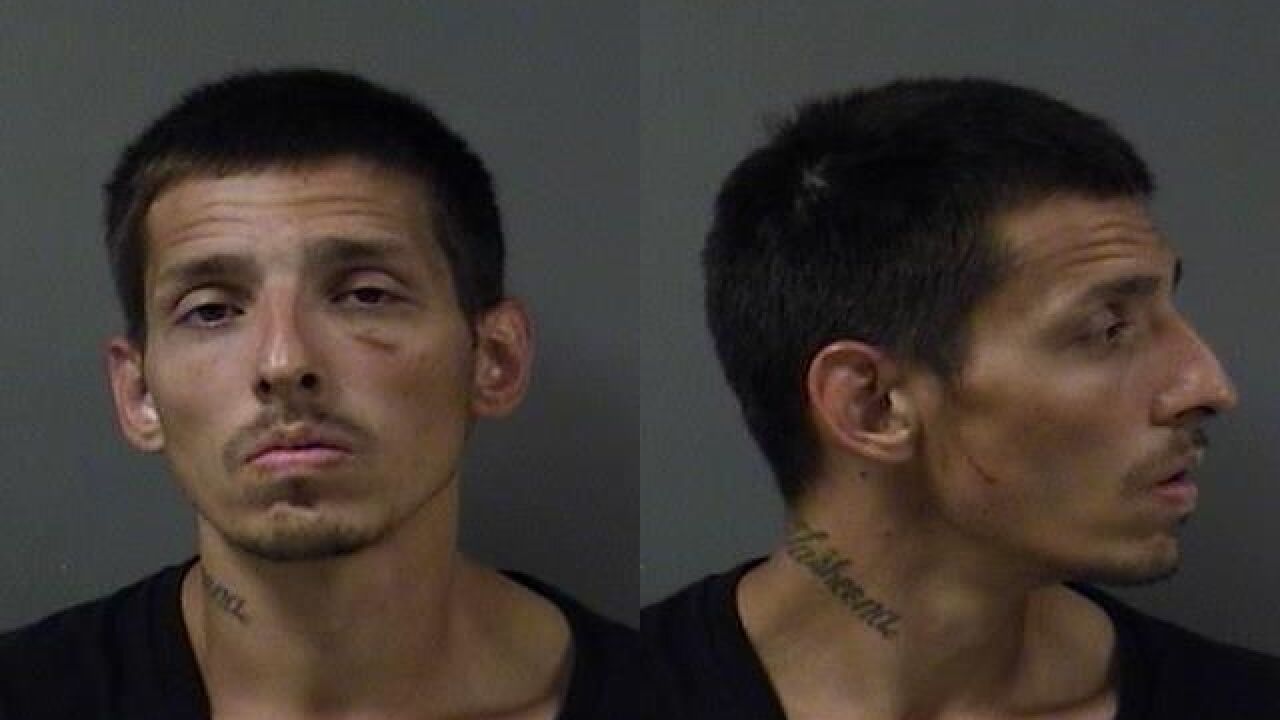 The driver, Ryan Barnhart, 30 of Billings, was arrested on suspicion of two counts of felony criminal endangerment and obstruction.

The passenger, Gabrielle Castro, 21, was arrested on a warrant.

Here's the full press release from Billings police:
On 09/15/2020 at about 11:49 PM, an Officer with the Billings Police Department (BPD) was on routine patrol when he heard gunfire in the area of 8th Ave South and South 28th Street. The officer observed a maroon pickup chasing a white passenger car and heard more gunfire.

The officer saw the two (2) vehicles exchanging gunfire and attempted to pull over the vehicles. The vehicles split up and the officer pursued the pickup. BPD commanders authorized continued pursuit due to the violent nature of the crime.

The pursuit lasted approximately 16 minutes and generally went to Laurel Rd, King, 24th, Broadwater, Montana Avenue to South 28th, and ended in the area of 5th Ave S and S 34th. Suspect vehicle speeds reached up to 90 MPH. Officers were able to successfully deploy stop sticks in the area of 12th and Broadwater deflating several tires resulting in decreased pursuit speeds to below 45 MPH.

The pickup struck an unoccupied parked vehicle in the area of 5th Ave S and S 34th and the driver fled on foot. The passenger, Gabrielle Castro, a 21 year old female from Billings, was arrested for a valid arrest warrant and taken to YCDF. The driver, Ryan Barnhart, a 30 year old Billings man, was located hiding nearby, arrested for two (2) counts of Felony Criminal Endangerment and Obstructing, and taken to YCDF.

Officers located a firearm in the area of 5th and Broadwater that was thrown from the pickup during the pursuit. Additionally, the pickup appeared to have fresh bullet damage.
At this time, there are no known injuries related to the incident. The incident remains under investigation.

Anyone with information related to the incident or knowledge regarding the white passenger vehicle involved is encouraged to contact the Investigations Division at 657-8473.

BILLINGS - Billings police pursued a vehicle through town after a shooting on the South Side late Tuesday.

Just before midnight an officer saw two people in a vehicle shooting at another car at the intersection of South 28th Street and 8th Avenue South.

The vehicle drove off leading officers on a chase that went all the way to the West End and back to the South Side.

Officers arrested the driver, a 30-year-old man, and his passenger, a 21-year-old woman.

There was no immediate information on whether anyone was injured in the shooting.