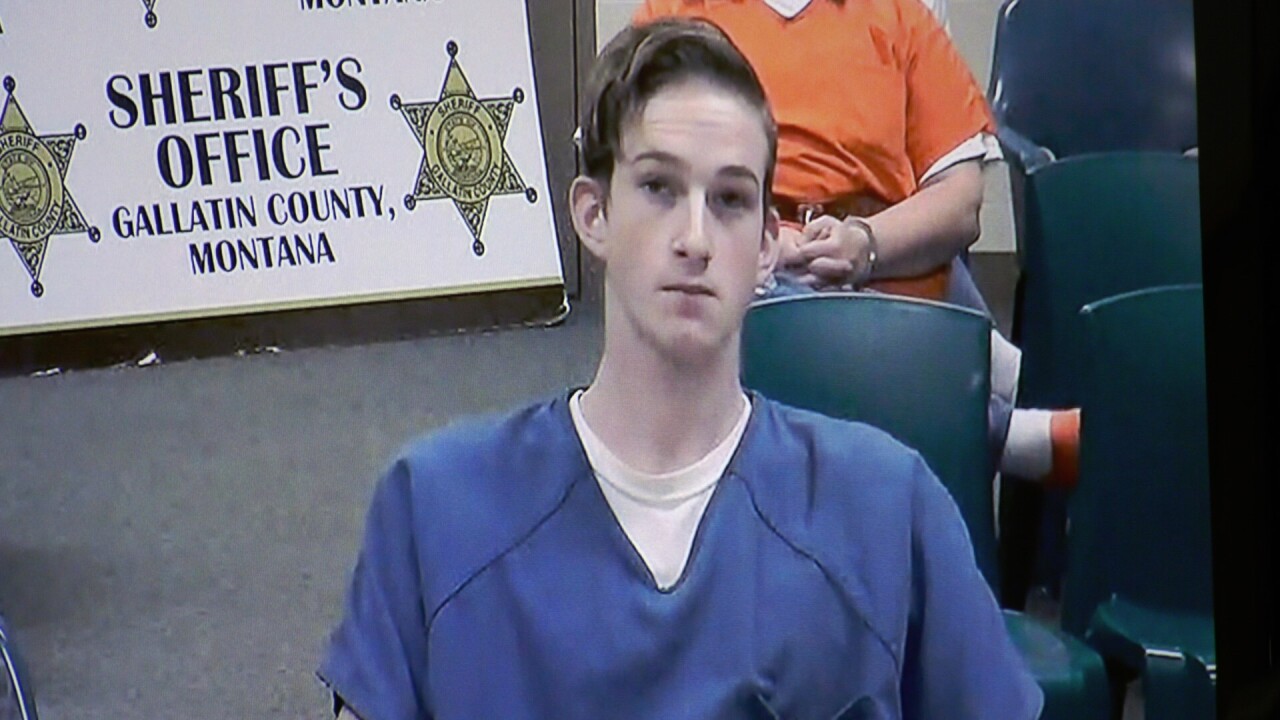 BOZEMAN — An Bozeman man who has been in the Gallatin County court system several times -- went back this week.

According to court documents -- Wood tried to reach out to a girl younger than 16 from jail who eventually told Bozeman police he had had sex with her.

In January, Wood reportedly violated his probation on the social media platform Snapchat and faced a $100,000 bail.

Judge Adams told Wood he could face up to 10 years in prison with a $10,000 fine for the tampering with evidence charge.

According to charging documents, on Tuesday, Jan. 14, Wood was being interviewed at the probation and parole office when a detective became aware that Wood was posting photos of firearms, dangerous drugs and cash on Snapchat. Several of the photos violate the terms and conditions of Wood’s formal supervision, in addition to depicting Wood engaged in “newly, undiscovered, crimes.”

Court documents state Wood is a known suspect of recent criminal activity and investigations including possession and sales of dangerous drugs, trespass to motor vehicles, the theft of three firearms including a Glock 10 MM pistol, robbery with the use of a firearm, and possession of stolen firearms.

During the investigation of his cellphone, it was discovered that Wood posted on social media someone must have snitched on him for the “guns” and “he hopes the informants mothers die in a car crash.” Also during the interview, Wood acknowledged using marijuana, cocaine and alcohol.

After giving verbal consent to a detective and probation officer, a review of Wood’s cellphone revealed conversations of purchasing dangerous drugs, using dangerous drugs, as well as video and still images of Wood and others (including a juvenile male) handling multiple firearms.

While the officers were continuing to search the phone, a message was sent to Wood via Snapchat of Andrew Ewalt smoking what appeared to be methamphetamine in a glass pipe.

The message indicated Ewalt was going to wait for Wood until later that afternoon. The message contained a GPS location of where Ewalt was located. A K9 officer responded and met with Ewalt at the location, where the officer observed a glass pipe with white residue sitting on a table directly behind Ewalt. Ewalt was placed under arrest.

At Wood’s home officers conducted a probation search. A Glock 10 MM ammunition magazine and three rounds of 10 MM ammunition were located in Wood’s bedroom. Wood was arrested for a variety of probation violations and was taken into the Gallatin County Detention Center. His cellphone was also logged into his possessions at the center.

On Jan. 17, 2020 Wood contacted his mother via the jail phone system. A detective who reviewed an audio recording of the call. Wood’s mother allegedly told her son she had reported his phone as lost and/or stolen to prevent others from accessing the phone. She told Wood the phone is now considered dead and locked and she should have done this right away. The pair then elected to change the password to Wood’s Snapchat account, with him providing his mother step-by-step directions to change the password. After she told him she was able to change the password, Wood reportedly said: “F...ing dum(b) cops...now they can’t do sh#t. That’s good.”