It happened along Riverview Drive between Division Road and 2nd Street 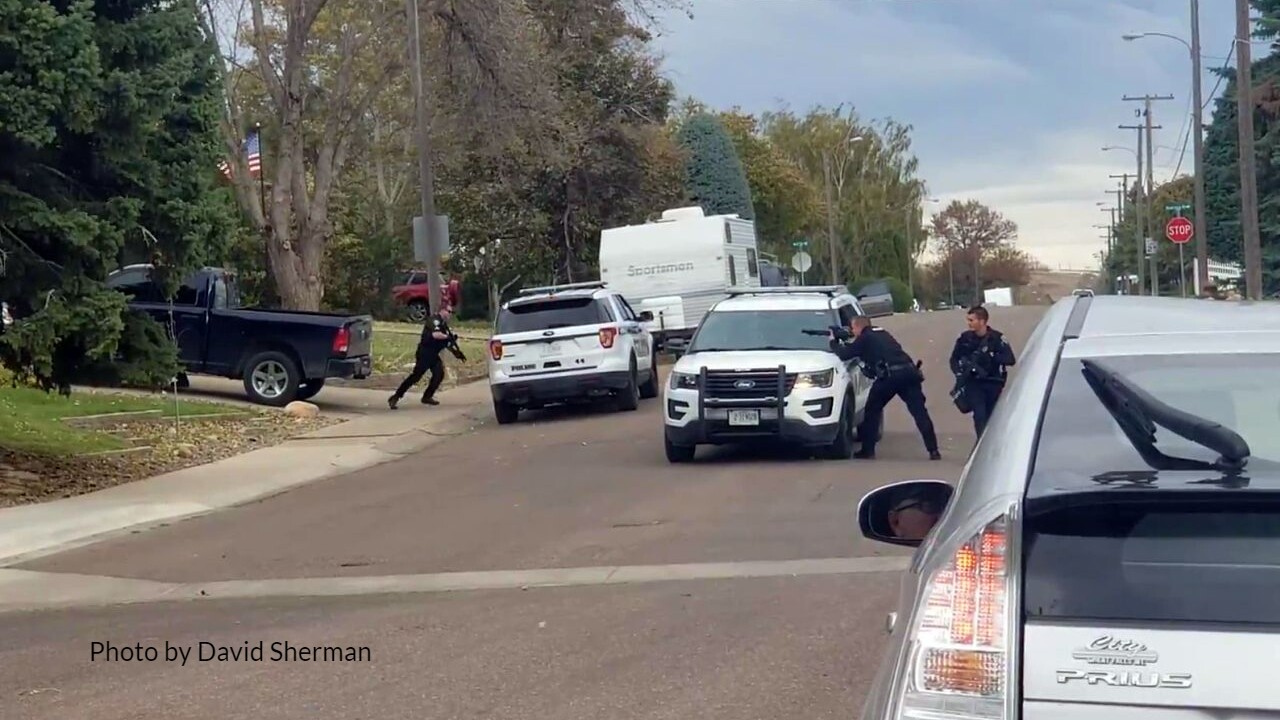 A standoff between a man in a Riveriew house and police officers ended peacefully in Great Falls on Monday afternoon.

It happened at a house along Riverview Drive East between Division Road and 2nd Street; officers had their weapons drawn as they negotiated with the man inside. At one point, the yelled at him to put his handgun down.

Traffic was blocked along the road, preventing drivers from turning on to Riverview Drive for about an hour.

The Great Falls Police Department posted the following message on Facebook at 2:44 p.m. "Please avoid the area near Riverview Dr East and 2nd St NE. We are working a situation in the area, expect to see a large police presence."

Officers were able to get the man - whose name has not yet been released - to surrender peacefully, and he is now in custody. There is no word yet on what charges he may face.

There were no injuries to anyone inside the home or outside.

Great Falls Public Schools posted the following message on Facebook: "Parents and Students: Please avoid area from Riverview Dr. E between Division and 2nd St.NE.There is police activity in the area. Students riding busses in this area will be re-routed to their homeschools. All students living in this area should be picked up at their school. (Riverview, NMS, CMR)"

The GFPD confirmed to KRTV that the man in custody is the same person who posted threatening messages on Facebook and on the KRTV Facebook page on Monday morning, using the alias "John Smith."

Among the messages he posted:

The GFPD said that they plan to release more details on Tuesday; we will update you as we get more information.