Taylor, 36 years old, pleaded guilty in July to sexual abuse of a minor. 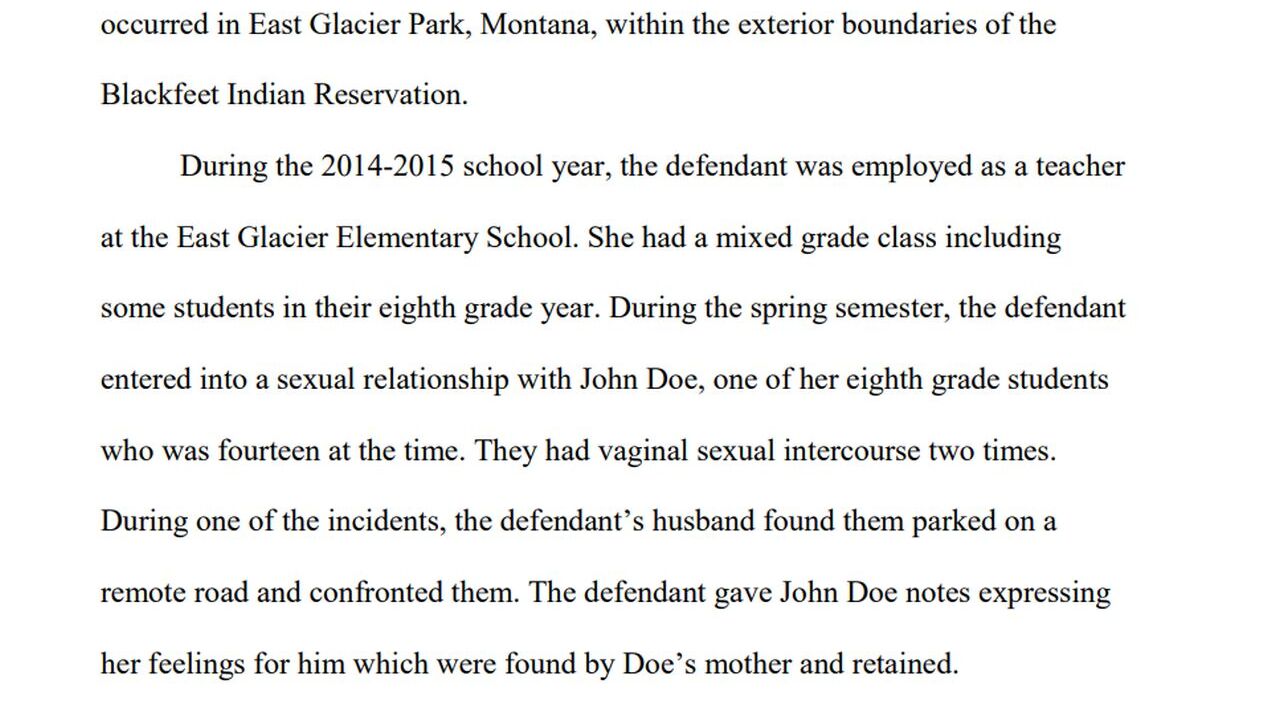 Sierra Shawnee Taylor of East Glacier, who taught elementary school on the Blackfeet Indian Reservation, was sentenced in federal court in Great Falls on Wednesday.

Taylor, 36 years old, pleaded guilty in July to sexual abuse of a minor.

The prosecution said in court records that Taylor was employed as a teacher at the East Glacier Elementary School during the 2014-2015 school year. She taught a mixed-grade class that included some eighth-grade students. Court documents state Taylor entered into a sexual relationship with one of the boys, who was an eighth-grade student, and twice had intercourse with the victim.

During one of the incidents, Taylor's husband found them parked on a remote road and confronted them. Taylor gave the student notes expressing her feelings for him which were found by the child's mother and retained.

During the course of the investigation a second victim was identified. He would have testified that in 2012 the defendant committed at least one sexual act on him when he was fourteen years old, during the summer after his eighth-grade year.

“Our children need to be protected from abusers like Ms. Taylor, particularly those who hold a position of trust. I want to thank Assistant U.S. Attorney Kalah Paisley, the FBI, the Blackfeet Multidisciplinary Team and the Blackfeet Law Enforcement Services for their good work in bringing this case to justice,” Alme said.