Deadly 2013 shooting near Augusta will be featured on TV series 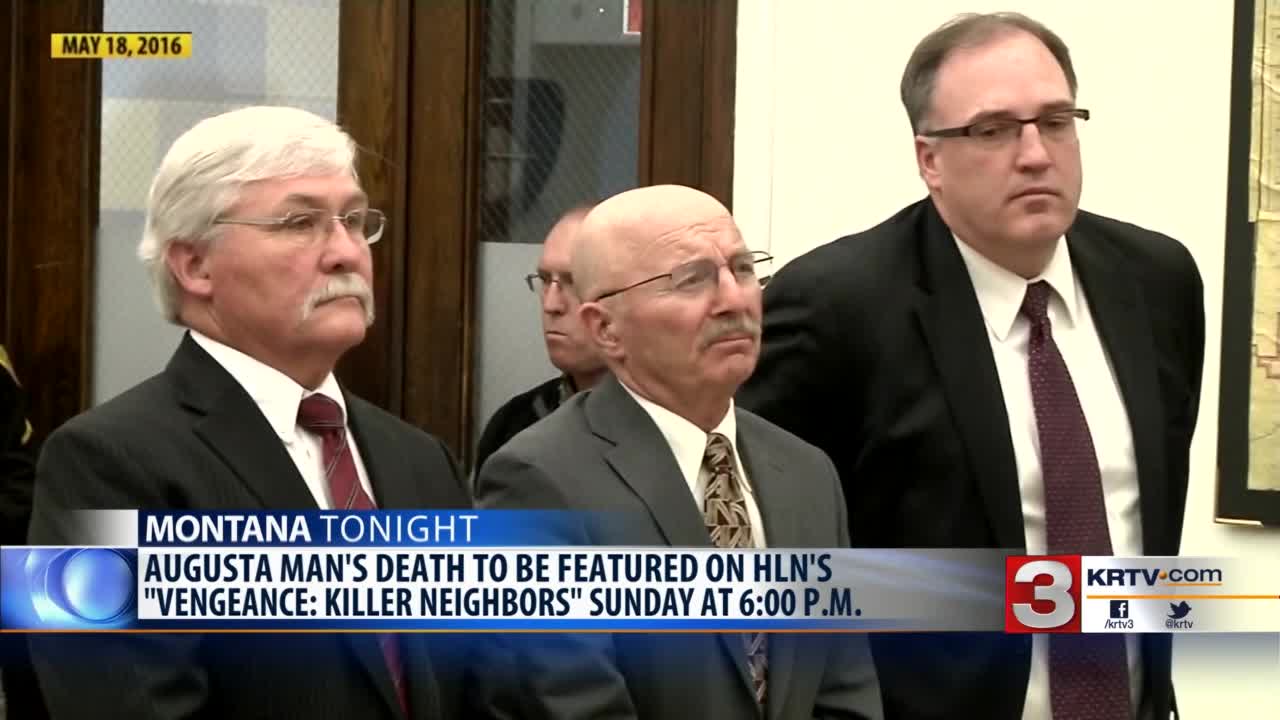 Deadly 2013 shooting near Augusta will be featured on TV series

The cable channel HLN will feature the deadly shooting of an Augusta man in a feature as part of their series titled "Vengeance: Killer Neighbors."

In October 2013, Joseph Campbell fatally shot his neighbor, Timothy Newman, in a dispute over land access.

Campbell claimed that he shot Newman in self-defense after Newman allegedly pointed his gun at him.

The two men were involved in a land dispute regarding trail access.

The episode, titled "Deadly Trespass," will include interviews with friends, neighbors, law enforcement officers, and reporters.

The HLN website summary states: "When a wealthy neighbor begins buying up Montana land and restricting access to the public mountain trails, one man cuts the locks and ends up dead.

The deadly shooting was also featured on an episode of "Dateline NBC" several years ago.

( MAY 2016 ) The case of an Augusta area man accused of murdering one of his neighbors over a long-standing property dispute has come to an end. Joseph Campbell, accused of killing Tim Newman on the Diamond Bar-X subdivision in October of 2013, has made a plea deal with prosecutors.

With a courtroom of spectators looking on Wednesday morning, Assistant Attorney General Mary Cochenour outlined the plea agreement between the state and Campbell. “The parties agree to recommend to the court that the defendant be sentenced to 20 years to the Montana State Prison, with all of that time suspended,” said Cochenour.

”How do you plead to the charge of negligent homicide?” the judge asked Campbell.

“No contest Your Honor,” replied Campbell.

“You are sentenced to the Montana State Prison for a period of 20 years,” said Cooney. “With all of those years suspended.”

Assistant Attorney General Cochenour told the court that the amended charge and plea agreement brings resolution to the case: “The agreement focuses solely on community safety.”

Campbell, who made no statement during the hearing, is now prohibited from traveling within ten miles of Newman’s cabin on the Diamond Bar X subdivision and he must transfer his ownership of his property there to another party within a year.

“There was no conflict of any kind over property until Mr. Campbell moved into that neighborhood,” said Cochenour. “And then there is a binder of law enforcement reports from the day he moved up there.”

During the hearing, Newman’s widow Jackie had the chance to read a statement to the court. “You have affected our lives in a horrendous way,” Mrs. Newman said. “By causing pain and sorrow beyond belief.”

Cochenhour read a statement from Newman’s daughter Christy in the record.

MTN has also learned details of the wrongful death lawsuit filed against Campbell by Newman’s widow that was settled out of court earlier this year.

According to Jackie Newman’s lawyers, Campbell’s insurance company has agreed to pay one million dollars to Tim Newman’s estate.