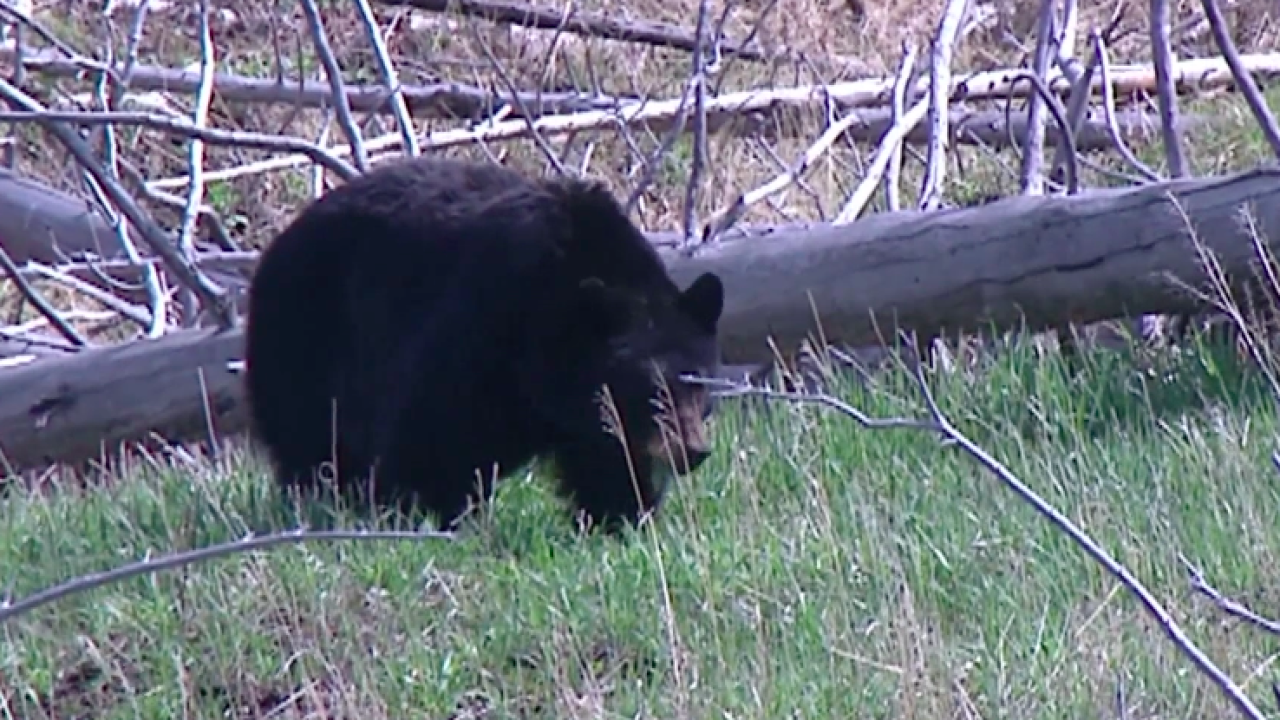 A black bear was euthanized in Glacier National Park after suffering an injury while being hazed.

On Monday, August 5, rangers responded around 4:45 p.m. to a report of a black bear in the Many Glacier Campground.

A press release states the campground was full and many hikers were returning to their vehicles in the nearby parking lot. An interpretive spotting scope program also was ongoing nearby.

To encourage the bear to leave the area, rangers attempted to haze the bear by voice, but it stayed in the Swiftcurrent Motor Inn and campground area.

Because voice hazing was ineffective, a ranger fired one rubber projectile hazing round, which inadvertently pierced the bear's abdomen, according to the press release.

Rangers and wildlife biologists determined the bear suffered a mortal injury and after removing people from nearby campsites, rangers fired a second shot from a shotgun to euthanize the bear.

The Many Glacier and Swiftcurrent region has seen a number of bears routinely frequenting the area throughout the summer, and it is believed the black bear was one of them. Many Glacier Campground prohibited soft-sided tent camping for a period of time in June because of bear activity.

Hazing, which may include yelling, clapping, horns, bean bag rounds, and rubber projectile rounds, is a technique used to push bears out of developed places and into areas where natural behavior and foraging can occur.

The park uses hazing as part of its Bear Management Plan to encourage bears to stay away from developed areas where human food rewards are likely to occur, according to the press release.

Once bears begin to frequent campgrounds, parking lots, and other visitor areas, the likelihood of habituation and food conditioning rises dramatically. Habituated or conditioned bears may seek and obtain non-natural foods, destroy property or display aggressive, non-defensive behavior towards humans.

To discourage conditioning and habituation, the park hazes dozens of bears each year near or within developed areas. On Monday, for example, park rangers responded to seven separate bear incidents in Many Glacier alone.

Hazing mortalities remain uncommon, but do occur occasionally. In the last 15 years, the park estimates four bears have died as a result of hazing activities, according to the press release.

The park will review the incident and seek to identify any training or other changes needed to improve the program.