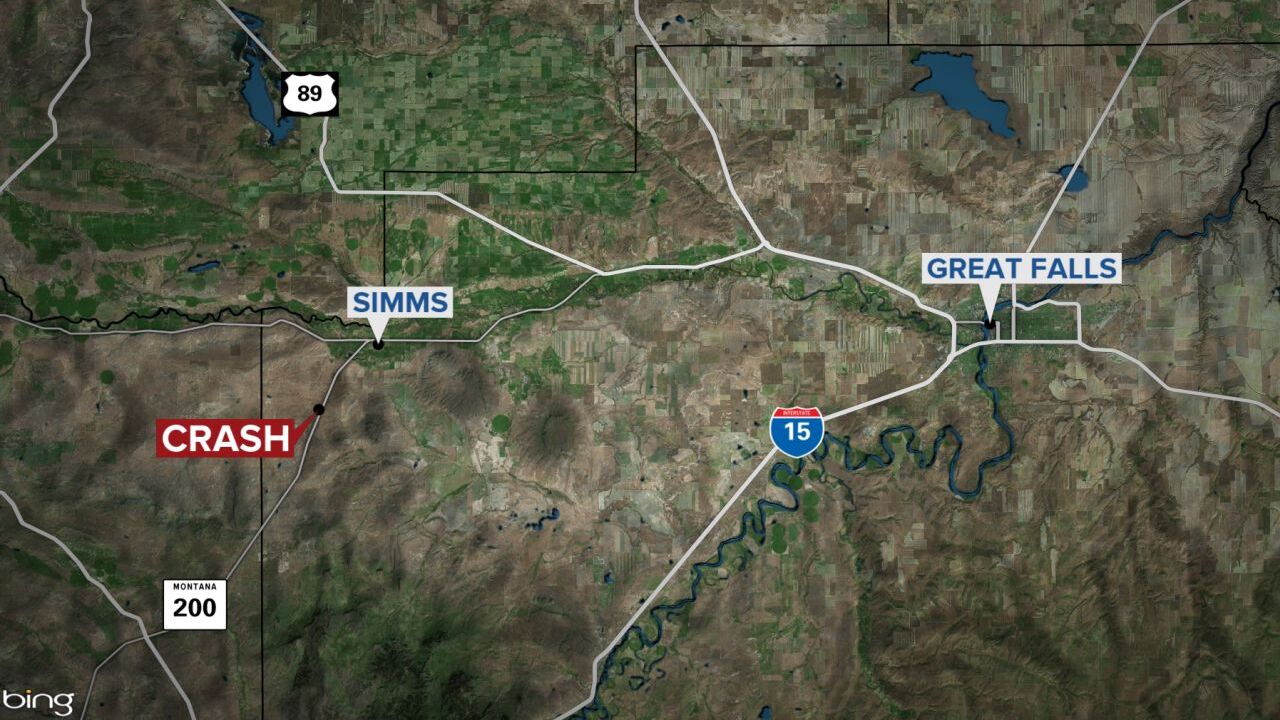 Two people died in a two-vehicle crash in Cascade County on Saturday.

It happened near mile marker 123 on Highway 200, several miles southwest of Simms. Trooper Wade Palen of the Montana Highway Patrol says the crash was reported at 2:49 a.m.

Palen said that the head-on crash killed both male drivers; there were no passengers in either vehicle. According to Palen, both men were wearing seatbelts.

He said that the investigation continues into whether alcohol and/or speed were factors.

The names of the two men have not yet been released.