In Montana, doctors aren't required to tell women they have dense breast tissue - a known risk for cancer 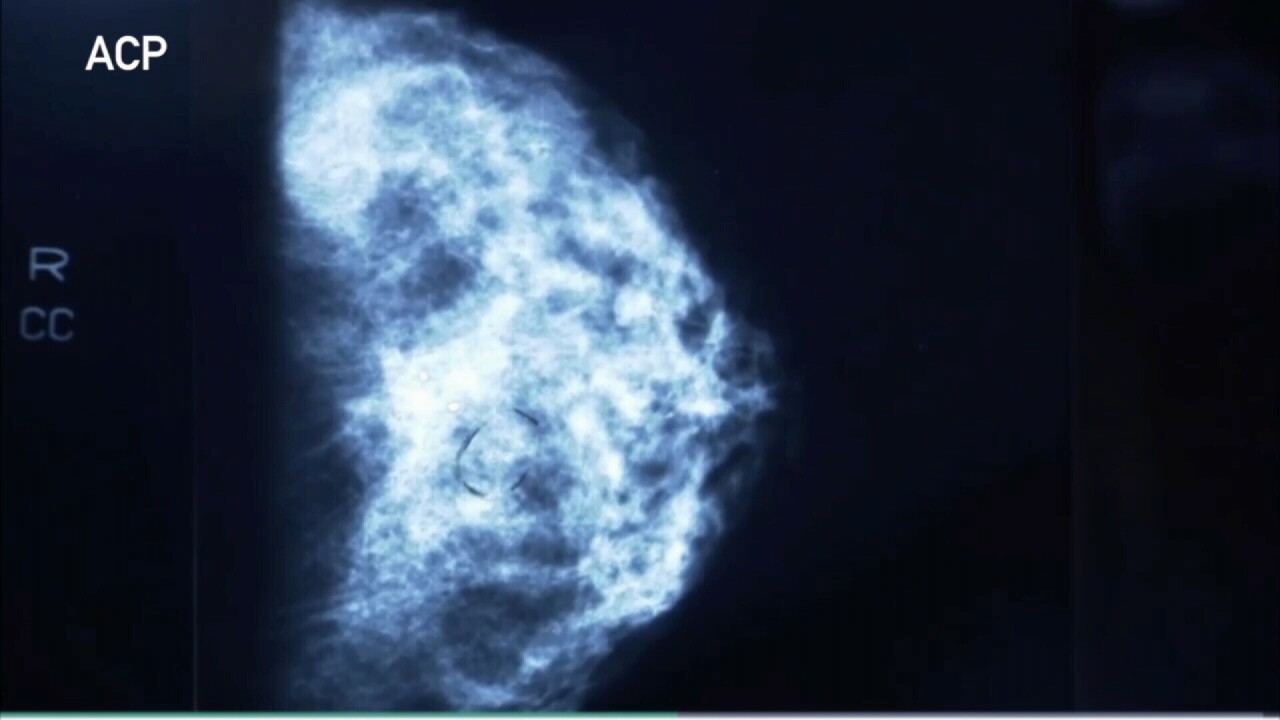 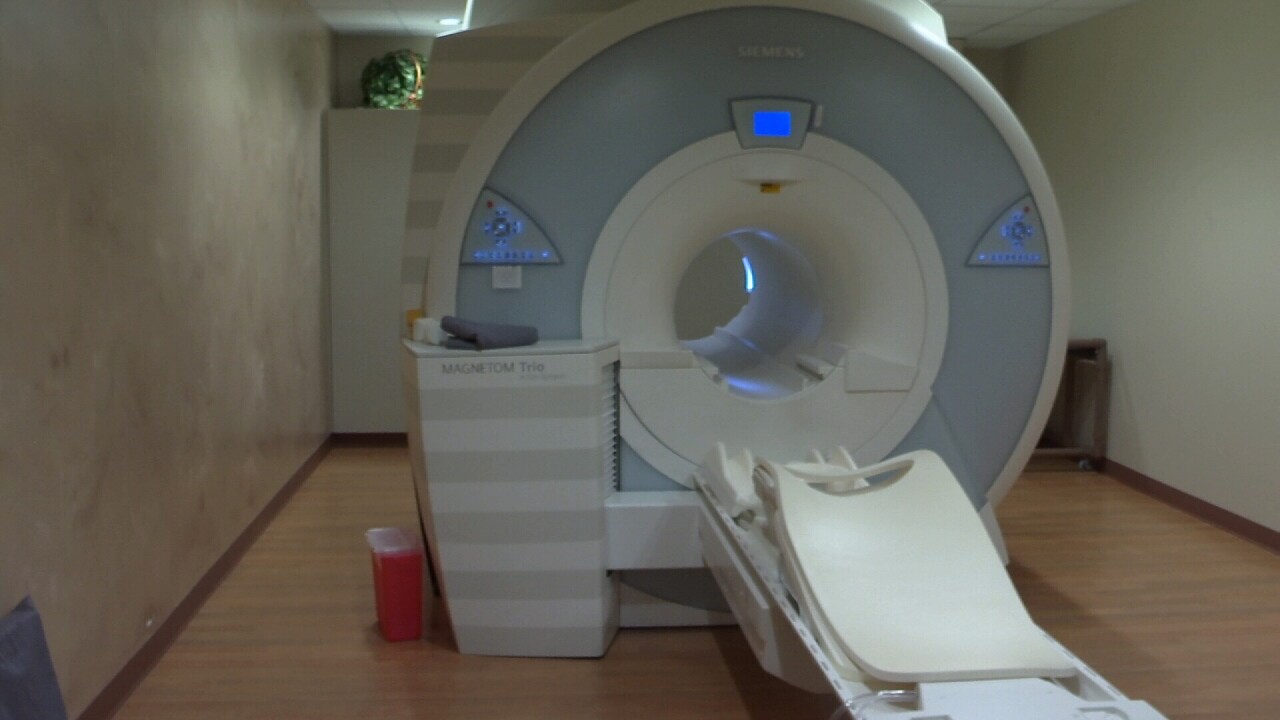 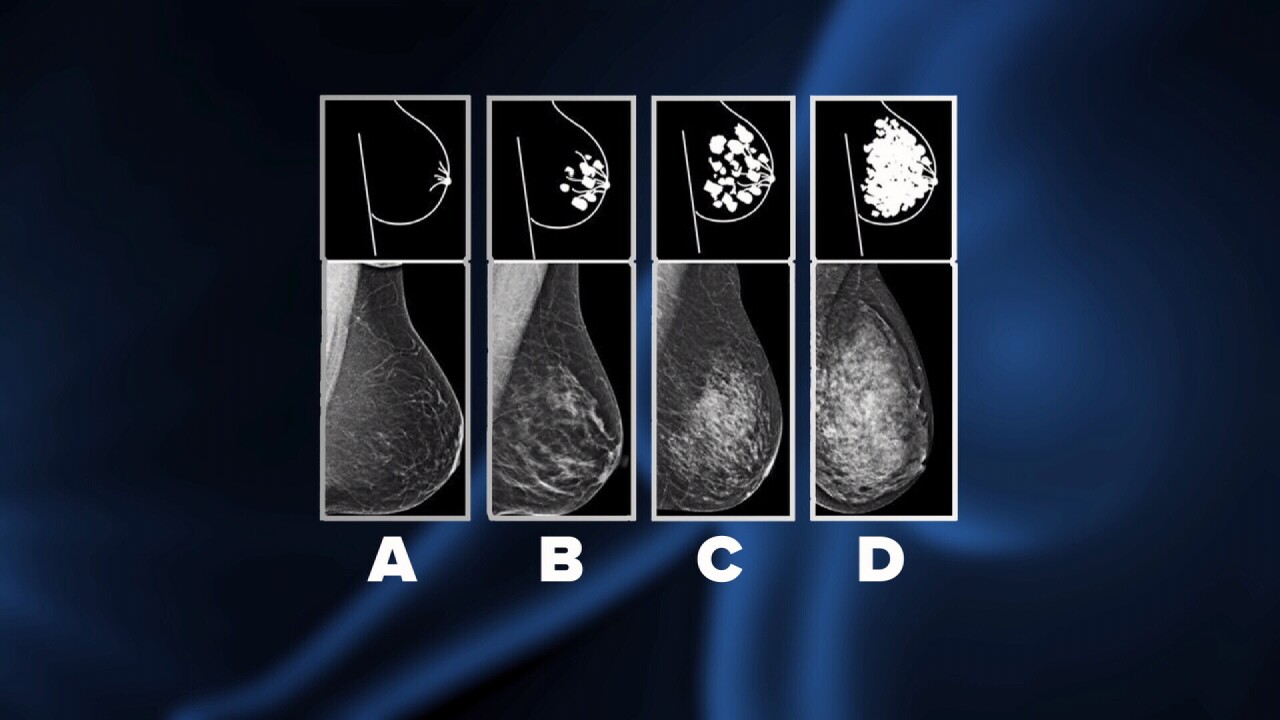 BILLINGS— Research shows that women with dense breast tissue are at a higher risk for breast cancer. But in Montana, they may not know that risk because their healthcare providers aren't required to tell them.

Montana continues to be one of a handful of states that doesn’t require healthcare providers, doctors and hospitals to notify women of the cancer risk associated with breast density.

Currently, there is no active push by state lawmakers to change the law, and only a handful of hospitals in Montana have enacted voluntary guidelines to give to breast cancer patients. And efforts have stalled on similar measures on the federal level.

The dangers of dense breast tissue

Richards says there are some alarming statistics connecting breast density to cancer.

Dense breasts are also more common in young women and thin women. Also, 50 to 60 percent of women ages 40 to 44 have dense breasts.

But perhaps the most alarming statistic: mammograms alone may not be effective in detecting tumors in women with dense breasts, according to Richards.

In Montana, doctors don't have to inform women of their dense breast tissue- a key risk for breast cancer

One Missoula woman’s path with dense breasts and cancer

“I probably had that cancer for a year,” she said.

Cancer lurked in her body even after her mammogram came back negative.

“Every year you go in for the mammogram, you expect that it's going to come back and be negative,” she said.

And in September 2016, it did. But in December, just two months later, she found a lump.

“I would describe it as feeling like the top of your knuckle. That's kind of what it felt like small kind of hard,” she said.

The tumor never showed up.

Some mammogram reports for women in Montana do mention breast density, as proposed by FDA standards, in the form of classification assigned by a letter: A,B,C or D.

But patients usually receive a notice in the mail saying their mammogram is “normal” or “negative” of cancer. Or not.

In Montana, no other explanation is required, while 38 other states across the country have already formed some sort of density reporting requirement system.

Some states even provide women with insurance coverage the next steps.

“So unless people are reading their medical records, I don’t know how they would be informed,” said Barthelmess.

Back then, Barthelmess ended up going to Washington state for a second opinion.

“I think that in order to make any kind of medical decision, I like having as much information as possible,” she said.

In Washington state, every patient with extremely dense breasts receives a written notification in a letter.

Barthelmess says disclosed in her letter was wording that encouraged the patient to talk with their healthcare provider about risk factors related to dense breast tissue.

Even when a woman is armed with information regarding her breast density, the big question is, what does she do with it?

“You should talk to your clinician and you should seek supplemental screening. But we didn't know what the supplement screening was to do at that time,” said Dr. Michael Stewart, a diagnostic radiologist working in Missoula's two hospitals.

Stewart says cancer is being missed by just mammograms alone.

“As radiologists, we understand that this is really important, and we don't like it when we miss cancer. When we look at a mammogram, something is hidden,” he said.

So that’s why in November 2019, Providence Health in Missoula purchased an Automated Breast Ultrasound, which is a supplemental 3-D screening that has the potential to find 35 percent more cancers that wouldn’t be found with a mammogram alone.

In addition, the organization changed the way it reports breast density to patients with information that includes informing the patient about supplemental screening.

“And we're finding several cancers that have been hidden,” he said.

It's another reason why the Komen Foundation advocates for more study and resources offered to women battling breast cancer.

“If a doctor and patient agree to do additional breast imaging, such as an ultrasound or MRI, insurance companies should cover it, which is not always the case right now,” said Richards.

In the Billings area, there’s another option for women seeking peace of mind. It’s an Abbreviated MRI, available at Big Sky Diagnostic Imaging.

The service will cost a patient an out-of-pocket expense of $500.

“Say you've gone to your doctor and they don't see that cause for additional screening like a full MRI or potentially breast ultrasound, but you still have that concern,” said Matt Keane with Big Sky Diagnostic Imaging.

“That’s where it's really nice to know that you can say, you know, even without a doctor's order I want to go ahead and verify this,” he said. “I want to find out more. I want to take control into my own hands.”

Keane says Big Sky Diangostic is the only location in the state with this technology. When insurance potentially has women locked out, the MRI could be another option to save lives, he said.

MTN Investigates checked in with all of Montana’s largest hospitals to see who had an independent policy on reporting breast density to a patient, in addition to Providence Health.

Only a handful of Montana hospitals responded to our request for comment.

At St. Peter’s Health in Helena a spokesperson released this statement:

“St. Peter’s Health does not currently assign a value for individual breast density on mammography result documentation. We are currently evaluating how we can start to provide this information so that more comprehensive result information is available to patients. We do share that breast density may impact screening results and we strongly recommend that patients discuss breast density and mammography results with their primary care provider. That way, patients can receive relevant health care information with the appropriate context and follow up recommendations.”

Those with the Billings Clinic said the hospital has planned to form a policy in the spring of 2020.

A spokesperson for St. Vincent passed along this statement:

"St. Vincent has been informing patients of the breast tissue density in their result letters for roughly 6-7 years. We also recommend women who have very dense breasts to talk to their referring physician about having Screening MRI's as well as Screening Mammograms. This recommendation is also stated in the patient result letters. We also have information in our waiting areas about tissue density."

Those with Advanced Imaging at Community Medical Center passed along a letter to women with dense breasts that reads in part:

"Your mammogram shows that you have dense breast tissue, which is VERY COMMON and NOT abnormal, however it can make it harder to find cancer in a mammogram. To supplement the screening procedure and to detect all breast cancers as clearly as possible, ABUS is recommended."

So how do women choose what’s best?

Years after her diagnosis, Barthelmess takes her breast cancer in strides. She spends her time in the summer as a dragon boat racing teammate with other survivors because the group allows her a support system.

“So, you just kind of have to live your best day,” she said. “Sometimes that’s the best feeling is helping other people.

Still, going forward, she questions if a mammogram will be enough.

“And that's just, they don't know,” she said. “There's a lot of answers to my questions are we don't know. And if I'm in my fear-based anxiety state, then it makes me want to do everything. But when you come back to reality, it's, you know you can't live your life in fear.”

The Mammography Reporting Act that the Komen Foundation supports was introduced into Congress in 2017 and is currently at a standstill.

Some states have decided to wait for federal legislation to take hold.

Jodi Weak with the Komen Foundation of Montana and Idaho says a dense breast bill has never been put before the Montana Legislature.

Meanwhile, Jim McKinney with the Food and Drug Administration told MTN Investigates that the FDA is working on finalizing amendments to the Mammography Quality Standards Act Amendments that includes new requirements for breast density notification.

The proposed rule was published in March of 2019 with request for comments from the public.

The FDA is currently is reviewing and considering the comments for finalizing the rule.