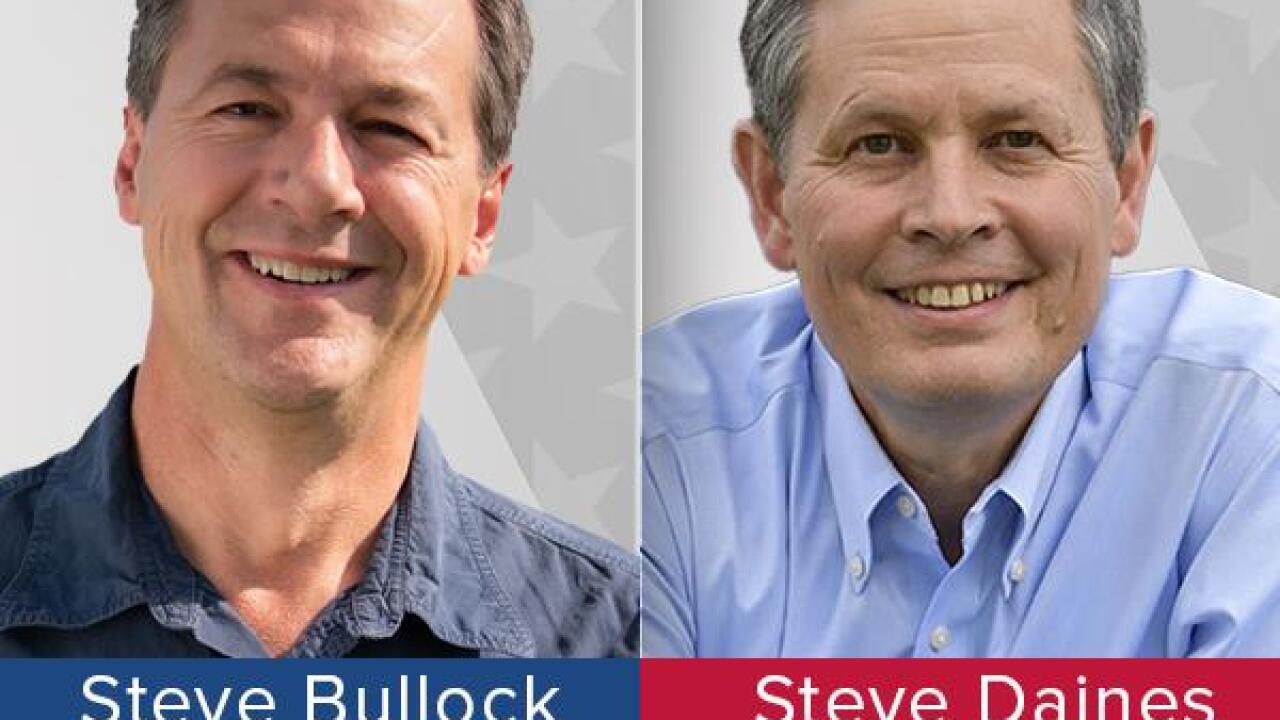 The mail poll of 1,615 registered, likely voters, conducted from mid-September to Oct. 2, also showed Republican Greg Gianforte up 47 percent to 42 percent over Democrat Mike Cooney in the race for governor and Republican Matt Rosendale with a two-point lead over Democrat Kathleen Williams in Montana’s U.S. House contest.

Yet the MSU Treasure State Poll also has a margin of error of plus-or-minus 3.9 percent, putting all of the major statewide races within that margin.

“We have a lot of competitive races on the ballot,” said David Parker, chairman of MSU’s political science department. “I think that’s a bit different from 2016, when really the only major competitive race was the governor’s race.”

And while the poll shows President Trump with a 51 percent to 44 percent lead over Democratic challenger Joe Biden, the biggest message of the poll may be how Trump’s advantage in Montana as eroded since winning the state by 20 points in 2016, he said.

“More importantly, a lot of erosion hasn’t been to `don’t-know’ voters, but has moved to Biden,” Parker said. “It suggests to me that the Republican brand is a little bit tarnished, and … this could have consequences for down-ballot races.”

“The bigger picture is, a lot of these independent voters are not terribly happy right now and they’re voting for the out party, the Democrats,” Parker said.

Here’s a closer look at the poll’s results in the major statewide races:

President: Almost all of the voters who identified as Democrats or Republicans are behind their respective nominee, but 56 percent of the Independents said they’re supporting Biden and only 29 percent were for Trump.

U.S. Senate: In what’s become the most expensive race in Montana history, Bullock, the two-term Democratic governor, had a 49 percent to 47 percent lead over Daines, the first-term Republican incumbent. Bullock also enjoyed a huge lead among Independents, at 67 percent to 29 percent.

But he also had the support of 8 percent of Republicans, while Daines culled only 3 percent of Democrats, suggesting that Daines hasn’t entirely nailed down the GOP base.

Bullock led among voters younger than 50, while Daines had slight leads among age groups 50 and older. The governor also had a 51 percent to 45 percent lead among woman, and Daines led among male voters, 49 percent to 47 percent.

U.S. House: Rosendale had a 48 percent to 46 percent lead over Williams, with 6 percent saying they’re undecided.

Williams, however, has a solid hold on Democratic voters – 95 percent favor her – while Rosendale somewhat less so on Republicans, at 87 percent. Williams also is winning Independents by a 59 percent to 31 percent clip.

Governor: Gianforte, Montana’s current U.S. congressman, enjoys the largest lead among Republicans running for state office, in the poll, at 47 percent to 42 percent over Cooney. But this race also had the largest chunk of voters who hadn’t decided – 7 percent – or who were choosing other candidates, such as Libertarian Lyman Bishop (4 percent).

Gianforte and Cooney have pretty much nailed down their Republican and Democrats bases, but, again, Independents favored the Democratic candidate: 52 percent for Cooney, 30 percent for Gianforte.

Marijuana initiatives: Voters will decide two initiatives that would legalize marijuana for recreational use in Montana and set the minimum age for purchasing marijuana at 21. The poll asked voters if they would vote to legalize recreational marijuana.

Forty-nine percent said “yes” and 39 percent said “no,” but 12 percent said they are undecided. Democrats, Independents and younger voters all overwhelmingly supported legalization, while Republicans and voters 60 and older opposed it.

The poll also asked respondents to rate the job performance of the state’s major officeholders and President Trump.

Trump came in with 51 percent approval and 49 percent disapproval, and virtually none who were undecided.

Among statewide officeholders, Bullock had the highest approval rating, at 60 percent, followed by Democratic Sen. Jon Tester at 55 percent, Daines at 52 percent, and Gianforte at 47 percent.

Parker said Bullock’s high approval rating may be one explanation for his advantage over Daines.

“It’s not that Steve Daines is grossly disliked, not at all,” Parker said. “But voters might be saying, `I just like Bullock better,’ and that could be a problem for Daines.”

The poll results also suggest that a higher voter turnout this year, with all-mail-balloting in most counties, could be an advantage for Democrats, Parker said.

Younger voters and Independents historically have lower turnout than the rest of the electorate, he said, but if mail ballots and overall enthusiasm over the election greatly increases turnout, these are the voting blocs most likely to be larger – and they’re also the ones favoring Democrats.

“If we’re going to have a much higher turnout, we’re going to see those numbers, and it could be a pretty bruising campaign for the Republicans down the ballot with that really Democratic electorate,” he said.