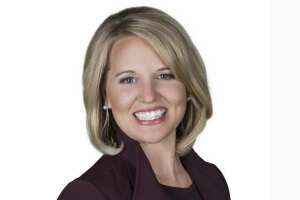 Missy O’Malley hails from the booming metropolis of Bismarck, North Dakota. She graduated from the University of Dayton, Ohio with a double major in Electronic Media and Spanish after taking semesters in Honolulu and southern Spain.

Missy moved to Bozeman in 2005 to pursue the lifelong dream of being a ski bum. In the winter, she started teaching snowboarding lessons at Bridger Bowl and waiting tables. One fateful afternoon, she waited on the program director Clear Channel Radio who convinced her to quit her day job and start up in radio. She moved around the airwaves, hosting the morning show on MY 103.5 and afternoons and evenings on KissFM.

Throughout the years, Missy has hosted hundreds of events, DJ-ed everything from bar mitzvahs to clubs, from massive events to weddings.

In the summer of 2016, Missy attended Missouri Auction School and now is a licensed auctioneer.

She started with KBZK in the summer of 2015 as the “1/2 off Dining” host and started on Montana this Morning as a producer, reporter and co-anchor to Chet Layman in February 2016.

When not on air or hosting an event, you can find Missy sliding on the slopes, hiking throughout the valley, gallivanting the globe or taking a much needed nap.

You can reach Missy at missyo@kbzk.com