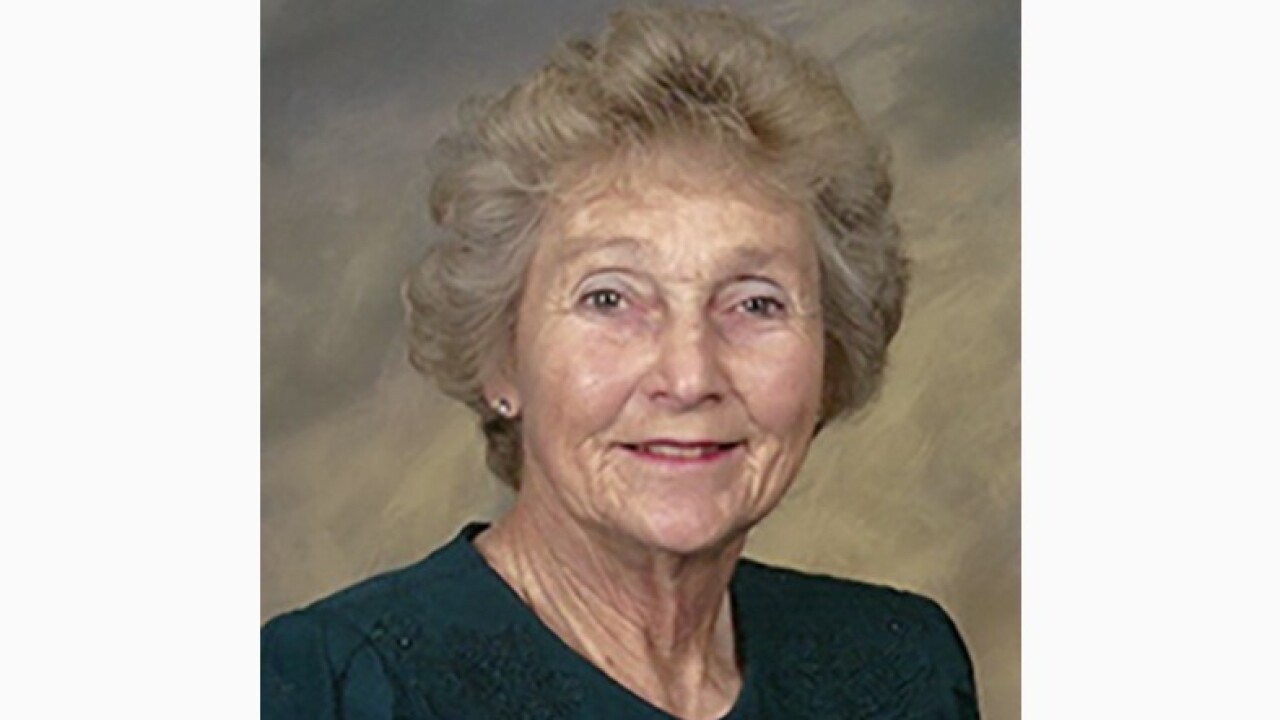 Kathryn (Kay) Nordlund was a gifted nurse, a devoted wife, an exceptional mother, an adoring grandmother, and a loyal friend. She had a fundamental calling to help and to heal. Kay shared her faith and strength by example – she never gave up and never slowed down. After 89 years of loving and giving, on February 14, 2020, she was called home to rest in the arms of her Lord.

Kathryn Louise Hubbert was born in Duck Hill, Mississippi, on April 19, 1930, to Clyde and Louise Hubbert. “Sister”, as Kay was affectionately known within her family, was the stabilizing force and mediator of the four siblings. Kay grew up in and around Grenada, Mississippi, and graduated from nursing school there in 1951, spending a year at Charity Hospital in New Orleans.

Following graduation, Kay worked at the Memphis VA hospital, answering the call to care for wounded service members returning home from the Korean War. Afterwards, she joined the Air Force Nurse Corps and was stationed at Bolling AFB in Washington, D.C. Kay had the honor of serving as a special duty nurse for General Hoyt Vandenberg at Walter Reed Hospital until his death, and attended his burial ceremony in Arlington National Cemetery as part of the Vandenberg family. A graduate of Flight Nursing School in Montgomery, Alabama, Kay was featured in a national “Life of an Air Force Nurse” recruiting campaign. During her AF commission, Kay traveled to seven countries in Europe, often hitching rides on military planes.

While at Bolling, Kathryn met and fell in love with a handsome young AF officer from Dodson, Montana. She and Lt. James C. Nordlund, USAF, were married on June 18, 1955, in the Bolling AF Chapel. Upon completion of their service tours, Jim and Kay went home to Montana. They lived in Bozeman while Jim attended graduate school at Montana State College (now MSU), then moved to Malta where Kay worked as a registered nurse in the local hospital, doctors’ office, and nursing home, and she and Jim raised their three children. During their 28 years in Malta, Kay became a vital part of the Nordlund family and the Malta community.

In 1984, Kay and Jim moved to Bozeman where Jim accepted a position in the Bozeman Public Schools and Kay worked for Dr. Hathaway at Bozeman Internal Medicine. They built a home alongside a creek at the mouth of Hyalite Canyon where many an afternoon was spent with grandchildren playing and having delightful adventures. It was here that Jim passed way, in 1989, after many months in Kay’s loving care. She continued to live ‘in the country’ for eight years after Jim’s passing.

Kay was a member of Little White Church in Malta, and Pilgrim Congregational Church in Bozeman. She was a member of P.E.O., Eastern Star, and Extension Homemakers, and was a 4-H and scout leader. Upon retirement, she enjoyed volunteering at Red Cross, Sacks of Bozeman, and the Bozeman Senior Center where she helped with blood pressure and foot clinics well into her 80s.

Ten years a widow, Kay married Jim Breen in November 1999. They enjoyed life as snowbirds at Country Roads in Yuma, Arizona, where Kay made many new friends and continued to volunteer. Jim Breen passed away in 2016. Also preceding her in death were Kay’s parents and sisters, Clyde Jeanne Westerfield and Rosemary Farmer.

Kathryn is survived by her daughter, Brenda Nordlund and Brenda’s children, Kate and Sarah (Andrew Spencer) Dramstad of Helena; daughter, Laura (Tim) Horton and their children, Julia (Nate) Parseghian, Jon Paul (Amy), and Brooke of Bozeman; son, Gary (Kristen) Nordlund and their children James (Alyssa) and Stephanie of Dallas, Texas; a brother, Charles (Margaret) Hubbert of Memphis, Tennessee; and numerous cousins, nieces, and nephews. Kay was delighted to meet, and is also survived by, great-grandchildren Jack and James Parseghian of Bozeman, and Etta Louise Spencer of Helena.

A celebration of her life will be held in Bozeman at Pilgrim Congregational Church on April 17, 2020, at 2:00 P.M.

Memorials may be made in Kay’s name to Family Promise of Gallatin Valley, the Bozeman Senior Center, or the charity of one’s choice.