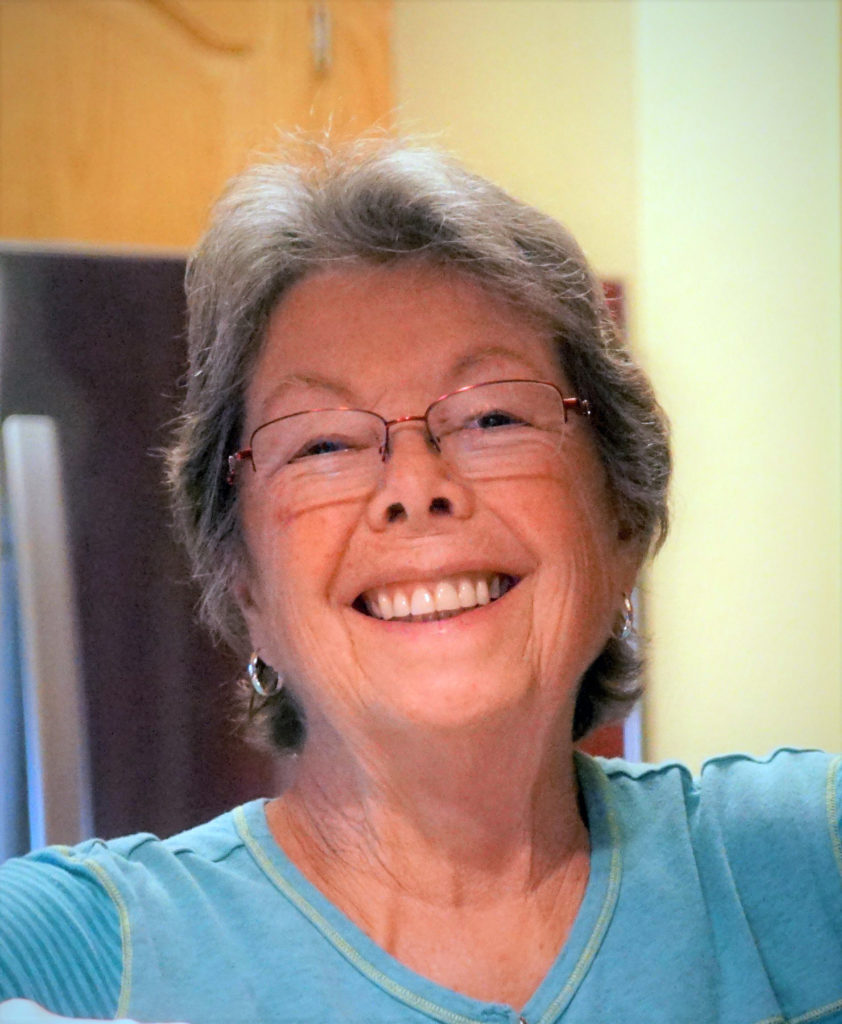 With family by her side, Karen Ann (Wunderlin) Savage passed away peacefully at the age of 73 at home in Bozeman on July 9, 2019. Karen was born to Charles and Frances (Lenahan) Wunderlin in Bayonne, New Jersey, on September 19, 1945. She spent her childhood in nearby Franklin Lakes, New Jersey.  Her sister was born when Karen was thirteen; while they didn’t share a household for long, they grew closer over the years.  Karen attended Bucknell University in Lewisburg, Pennsylvania where she honed her passion for literature and graduated with a Bachelor of Arts in English. While at Bucknell, Karen met her lifelong sweetheart, John Conwell Savage, and they married in May of 1968.

Karen and John started their life together in Morristown, New Jersey, where Karen worked as a computer programmer before having a son and daughter.  Karen and her family soon moved to Cavalier, North Dakota, for a few years before relocating again to Naperville, Illinois. During her 12-year stay in the Chicago area, Karen raised her family and enjoyed many close friendships.  In 1987, Karen and John moved to the Netherlands where they both learned to speak Dutch. They enjoyed experiencing European cultures, soaking up the art scene, and meeting interesting folks from all walks of life. While living in Amsterdam, Karen edited an English language magazine and contributed to a national travel guide book. In the early 1990s, Karen and John returned to the Chicago area and settled in Batavia, home of their beloved bike paths.  John’s job took them overseas again in 1999, spending a year in Belo Horizonte, Brazil.  With each of these moves, Karen perfected the art of single-handedly moving the household and any associated kids and pets. John’s work trips seemed to be suspiciously – or closely – calibrated to moving days.

Karen was a teacher throughout her life. While staying home to raise her kids, she earned an Associate Degree in Computer Science and a Masters in Education from National Louis University, then known as National College of Education, in Illinois.  She taught special education in elementary schools and computer programming to adults in the 1980s, and she enjoyed teaching English to foreign graduate students in the A.C.E. Language Institute at Montana State University after moving to Bozeman in 2004.

A love of learning about customs and cultures fueled Karen and John’s many trips, including recent visits to Alaska, the Galapagos Islands, Slovenia, and Peru.  Karen and John hosted high school exchange students from Colombia and Brazil, and they shared their Montana home with many shorter-term visitors from Japan and other countries. Karen thrived on sharing her interests and family traditions while also learning about those of her foreign friends.

Whether on the midwestern plains or in the Rocky Mountains, Karen had a passion for biking, hiking, and camping. Her long-distance bike rides included Iowa’s RAGBRAI, Michigan’s PALM, and a 500-mile AIDS ride in Wisconsin. Karen and John had a wide circle of friends who shared these pursuits, creating countless memorable adventures over the years. In Montana and surrounding states, Karen and John loved camping, always with bikes and hiking poles at the ready. At home, she opened the curtains every morning to views of the Bridger, Gallatin, Madison, and Tobacco Root Ranges. She was always in awe of the mountains’ beauty. In the winter months, Big Sky and Hyalite Canyon were her favorite stomping grounds for downhill and cross-country skiing.  Karen loved taking a break from both Montana and Chicago’s fickle spring weather, spending a week or two with friends and family in Fort Meyers Beach, Florida, for over 30 years.

In both Batavia and Bozeman, Karen volunteered within her church communities, including leading the church youth group, fundraising for CROPwalk, and dedicating time to Family Promise and local food banks.  She was an activist in political and social justice causes throughout her life, always working to ensure all voices were heard. Karen was a strong advocate and supporter of the arts, volunteering her time and home to endeavors and artists.

Karen died of cholangiocarcinoma, a rare form of cancer that forms in the bile ducts. She was diagnosed in September 2016 and was moved by the strength of the small but mighty cholangio community with whom she navigated her path.  Karen maintained her zest for life, sense of humor, and genuine concern for others until the end. Despite her illness, she epitomized living life to its fullest and was a beacon of strength.

A Celebration of Life and reception will be held at Pilgrim Congregational United Church of Christ in Bozeman on August 16 at 2:00 P.M. The family thanks Bozeman Health & Hospice and all of the many friends and family members who spent time with Karen during her final months. In lieu of flowers, donations can be made to the HRDC Fork and Spoon Kitchen at https://thehrdc.org/give-now/ [thehrdc.org] or HRDC, 32 S. Tracy Ave, Bozeman, MT, 59715.