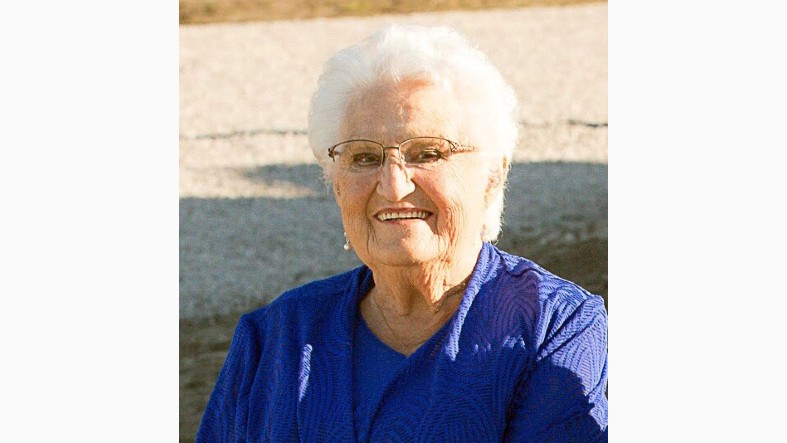 Marcella Voegele passed peacefully the morning of June 10, 2019, after a long battle with Kidney Failure finally caught up with her.

Marcella Luella Remmich was born on November 16, 1930, the fourth child of Adam and Martha Remmich in Danzig, North Dakota. After her first year of life, her parents moved west to Circle, Montana as they began a new chapter in their life. Marcella attended Circle Public Schools until her sophomore year of high school when she decided to pursue her own adventure.

She enrolled in Beauticians School in Yankton, South Dakota and became a hair stylist. There she met a handsome young man who packed plaster named Marvel Voegele, and after a blissful engagement, they married on December 28, 1950, in Wolf Point, Montana at the First Baptist Church. They started farming and ranching the following spring north of Circle and began their family shortly thereafter. Marcella was involved with the Ladies Aid through the Vida Baptist Church and was very involved in all of the farming. She often milked five or six cows and fed many hogs and chickens while cooking for a crew and her family of eight.

Marcella is preceded in death by her husband, Marvel; her parents, Adam and Martha Remmich; and also her brother, Howard; and sisters, Adeline and Hulda.