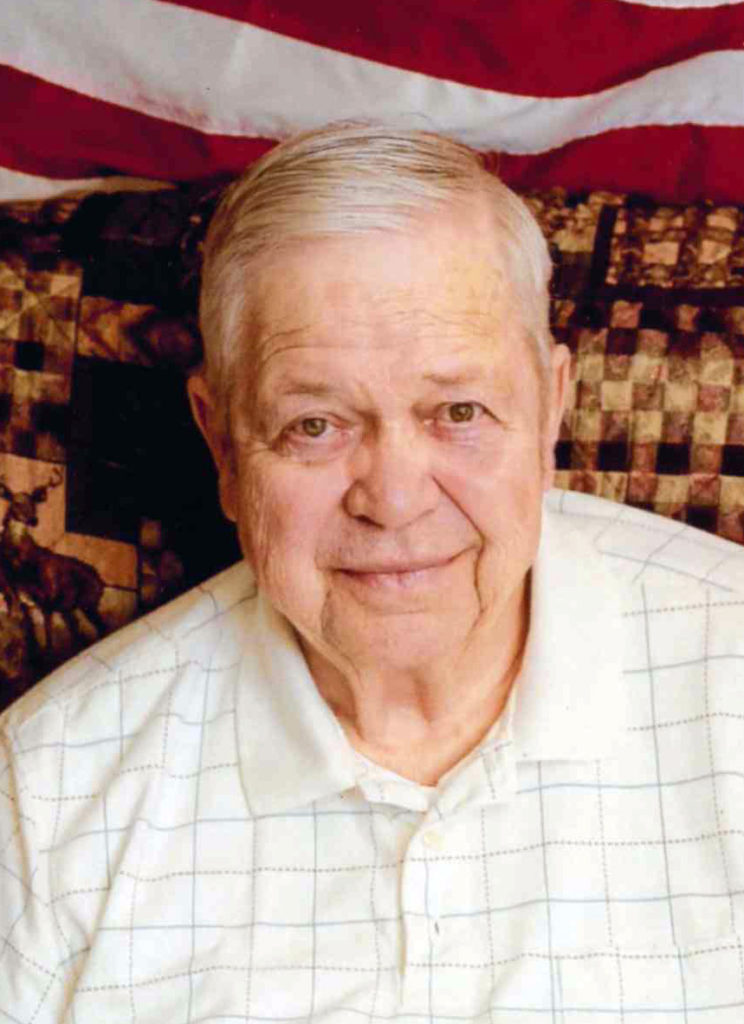 Ronald Earl Larsen of Bozeman passed away Saturday, May 25, 2019, at his residence at Brookdale Spring Meadows with family in attendance.  He was born in 1932 to Earl and Evelyn Larsen in Minneapolis, the eldest of three sons.  After high school, Ron started his Honeywell career on the docks where he felt stuck until upper management visited one day and promoted him because he was able to supply a needed tool quickly out of his shirt pocket. So, thereafter, he ran the tool departments for two plants working on the Apollo Project.

Ron married Eleanor Hansen in 1957 on shore leave from active duty aboard the USS Antietam, having met his cousin Harriet’s friend while he was still in the Navy Reserves. After living in an apartment and then two homes in the Coon Rapids area, they moved to a farm outside of North Branch. Ron continued with Honeywell, commuting 60 miles while farming on the side and raising his children to appreciate God and all His creation.

In 1972, Ron retired and moved his family to a mountain property with glorious hunting opportunities in the hills above Clancy where he built a log home.

Ron wore many hats while living there, picking up skills like some people collect marbles.  He worked as a salesman for Linder-Kind Lumber Co. while moonlighting a Ditch Witch service with his son, delivered fuel with Rice Trucking, long-hauled for American Chemet, and traveled throughout Montana as a carpenter under the Carpenter’s Union from which he earned a second retirement. Lastly, he retired as a millwright and instructor with Pegasus Gold Corp out of Corbin, first teaching at Helena Vo-Tech.  Ron always had tools and often several sets and would give away starter bags to people he met beginning into a related trade.

He was an active and faithful church member – volunteering, teaching Sunday school, singing in the choir, serving on boards, and supporting mission work.  Ron supplied South Isanti Baptist church with a bell for its steeple which had sat on his Lake Sylvan cabin property and been used to call the family to meals.  Now, it calls people to prayer.  Ron could be found each evening sitting on the side of his bed reading from Psalms and Proverbs, his faith sustaining him through the trial and tribulations of his earthly life.

Ron was preceded in death by his parents; his wife just 69 days before him; brother, Dean; sons, Daniel, Peter and another infant son; and great-granddaughter, Grace.

The family expresses its deepest appreciation to all the wonderful staff at Spring Meadows, Qualicare, and Hospice of Bozeman who gave so willingly of themselves in the loving care of Ron during the last years and months of his life.

Cremation has taken place.  Ron will be interred along with his wife at the Fort Harrison Veterans’ Cemetery outside of Helena at a later date. Memorial and graveside committal services are not currently planned in acknowledgment of recent sacrifices by dear family and friends for memorial services for Elie.  Ron is nonetheless honored in the hearts and minds of those who knew this humble, kind and generous man.