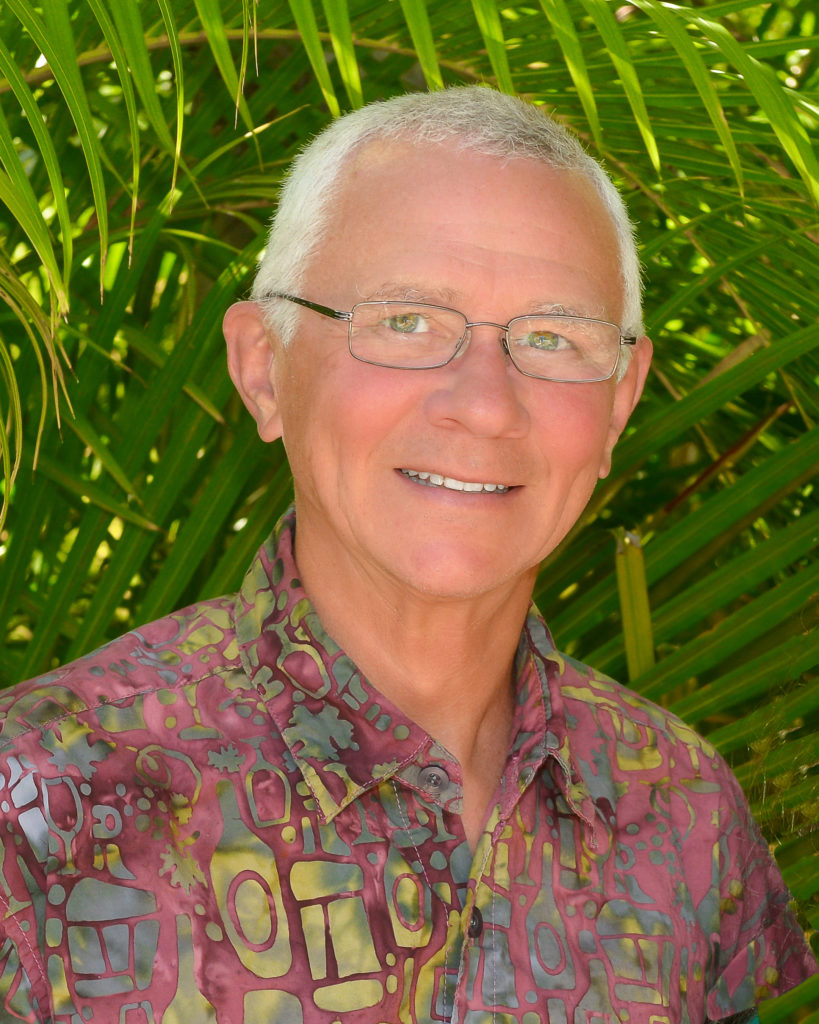 With family and friends at his side, John Conwell Savage passed away at home on May 6, 2019, days before his 74th birthday. We lost an amazing husband, father, grandfather, brother, uncle, friend, and teacher.

John was born on May 10, 1945, in Titusville, PA to Dr. William C.G. and Nellie (Magnuson) Savage. He was the second oldest of four children. He had many fond memories of growing up in western Pennsylvania. John lived in Titusville – the home of the world’s first oil well – until attending college at Bucknell University in Lewisburg, PA. At Bucknell, John earned a B.S. in Electrical Engineering, the first of many degrees. He spent his summers harvesting wheat and throughout his life talked fondly of the work and of the harvest friends he made. At Bucknell, John also met the love of his life, Karen Ann Wunderlin.

John and Karen were married in Lewisburg on May 25, 1968. John’s work produced a vagabond lifestyle for the newlyweds, initially never living anywhere for more than a few months. While expecting their first child in the spring of 1969, Karen told John, “I’m going to have this kid on your boss’s front porch if we don’t stop moving.” They settled in Parsippany and Montville, NJ for a couple of years before his job with Bell Labs took them and their two young children to Cavalier, ND in 1972. John completed an M.S. in Electrical Engineering at Brooklyn Polytech before moving west.

In 1975, they moved to Naperville, IL where they would stay until 1987. While raising a family with Karen, John worked for Bell Labs, AT&T, Western Electric, and Lucent Technologies. He earned another masters degree, an M.B.A from the University of Chicago, and discovered a true passion – teaching. John taught evening junior college courses for several years at the College of DuPage. In 1987, John and Karen took advantage of an opportunity to live and work abroad in the Netherlands. They both enjoyed being immersed in other cultures and loved learning new languages.

In the 1990s, they returned to Illinois, moving to Batavia to be near the bike paths they loved to ride. The travel bug soon returned, taking them south to Belo Horizonte, Brazil for work. After a year in the southern hemisphere – just long enough for John and Karen to learn Portuguese – they returned to Illinois. They flirted with another overseas move to South Korea before John accepted early retirement from Lucent Technologies.

After dabbling in several potential second careers, John decided to focus on teaching math. In 2003, John and Karen moved to Bozeman, MT where they would remain until John’s death. He earned an M.S in Mathematics Education from Montana State University and then taught math courses at the Gallatin College at Montana State University. He had an uncanny gift to relate to non-traditional college students. A student’s teacher rating sums it up best: “Professor Savage is the best math teacher I have ever had in my entire life. He is nice and made math make sense.”

John was an accomplished photographer, winning awards at a young age and impressing friends and family with his work throughout his life. He loved helping others and donated time and energy to many organizations and pursuits: Family Promise, the Fork and Spoon, CROP Walk, counseling prison inmates before release, church committees and maintenance, and coaching youth sports. He enjoyed traveling overseas and in North America, never missing an opportunity to experience something new. John’s favorite leisure activities and hobbies included attending classical concerts, biking, hiking, downhill and cross-country skiing, and camping. John completed several multi-day or trans-state bike rides. In his later years, he dabbled in canoeing, kayaking, and rock climbing. He was notorious for “getting in trouble” with his partner-in-crime and grandson Lucas, spending too much time at museums and coming home late after indulging in extra desserts.

John was one of the kindest, most generous, funny people around. He enjoyed public speaking and seamlessly interjected humor into almost any situation. He was frequently described by others as “a once in a lifetime friend.” John was a model of living life to the fullest, and he’s an impossibly tough act to follow.

A Celebration of Life and ice cream social will be held at the Pilgrim Congregational United Church of Christ in Bozeman on June 14 at 2:00 PM. The family thanks Bozeman Health & Hospice and good friends Steve and Diane Felt for making John’s final days and weeks as pleasant and enjoyable as possible.

In lieu of flowers, donations can be made to some of John’s favorite organizations: the HRDC’s winter Warming Shelter or Fork and Spoon Kitchen in Bozeman (https://thehrdc.org/give-now/ [thehrdc.org] or HRDC, 32 S Tracy Ave, Bozeman, MT, 59715).