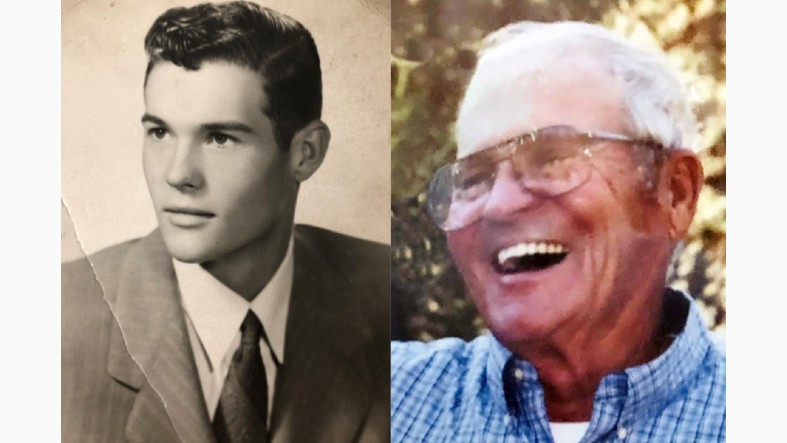 On Friday, May 3, 2019, heaven received a great gift.  Russell J. Fisk, loving husband, father, and grandfather, and former longtime resident of Dillon, MT passed away peacefully at the age of 83 in Belgrade, MT surrounded by family members.

Russ was born on November 11, 1935, in Harlowton, MT to Russell George and Ina Mae (Eaton) Fisk, being the 3rd oldest of 14 brothers and sisters.  Russ was raised and educated in Harlowton where he was an outstanding athlete especially in basketball, football, and golf, and today is still considered one of the best athletes that ever wore a Harlowton Engineer uniform.

In 1954, he was drafted by the U.S. Army during the Korean War and was stationed two years in Germany, and was honorably discharged in 1956. He attended school at Western Montana College where he played quarterback and punter for the Bulldogs, and even at one time holding the NAIA punting record. In 1960, he graduated with a B.S. in Education and later achieved his Master’s in Education from WMC.

On February 16, 1957, he married the love of his life, Joan Marie Wojtowick, who stood by his side for 62 wonderful years, and from this union came 6 children. After college, Russ started his teaching career at Beaverhead County High School in Dillon and then moved to Huntley Project for a year to teach and coach football. For three years he taught history, coached basketball, and started a football program for Havre Central. In the early ’60s, Russ and family moved back to Dillon where he maintained an amazing career teaching History for over 30 years. Russ had a gift for relating to all students; every student felt as if they were his favorite. He was fair and non-judgmental and had an uncanny ability to relate to reach and teach all those he encountered. He had a great sense of humor that was loved by all and a very soft heart for all creatures great and small. He loved coffee, coca cola, chocolate, spaghetti, and especially donuts from Charlie’s Bakery. His love of the outdoors served him well as he and his children and grandchildren mowed lawns in Dillon for 40 plus years. Last but not least, he loved his family and music, always humming and singing for all to enjoy.

There will be an open house at The Elks in Dillon 1:30-5:30 P.M. Saturday, May 11, 2019. The family would like to thank our friends at The Broadway Diner in Belgrade, Bozeman Health & Hospice, Home Instead Senior Care, Palliative Care at Bozeman Deaconess, and Central Valley Fire Dept.  Memorials may be sent to Beaverhead County High School Student Scholarships, 104 N. Pacific Dillon, MT 59725.