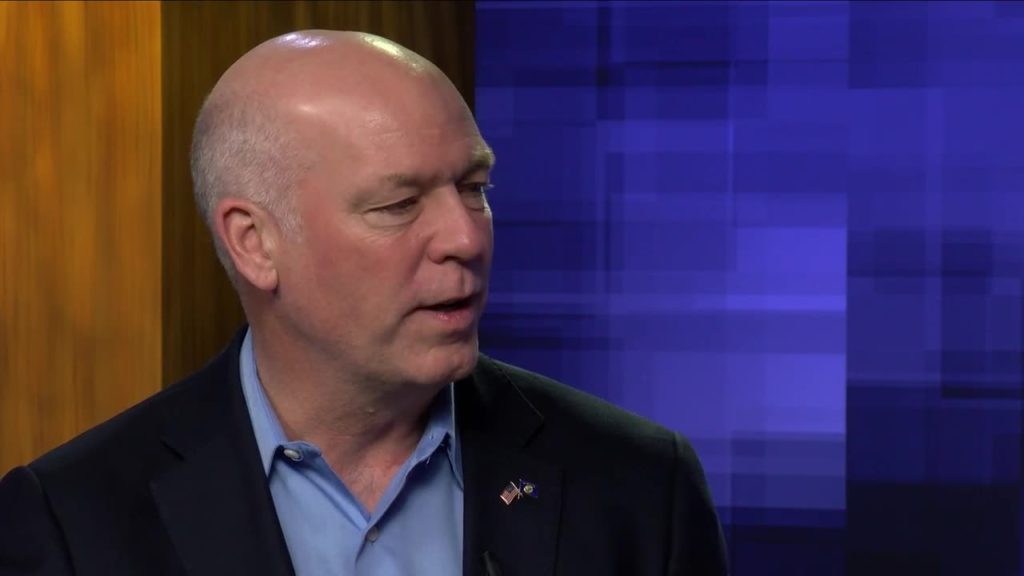 HELENA — U.S. Rep. Greg Gianforte plans to run for governor in 2020, MTN News has learned — adding to a crowded Republican gubernatorial primary and creating an open race next year for Montana’s only congressional seat, and possibly other statewide offices.

The Bozeman businessman will become the fourth Republican running for governor, which is an open seat in 2020, because term limits prevents Gov. Steve Bullock from running for re-election.

Through a spokesman, Gianforte told MTN News Tuesday that he’s been getting “a lot of encouragement” from Montanans about running for governor, and that he’ll announce his decision in the coming weeks.

“Greg’s considering how best he can use his executive experience and background in creating high-wage Montana jobs to best serve Montana,” the spokesman said.

Gianforte has been telling fellow Republicans he plans to announce soon he’s in the race, sources told MTN News, and that he’s prepared to spend several million dollars of his personal wealth on the campaign.

Gianforte, whose Bozeman-based software-development firm RightNow Technologies sold for $1.8 billion in 2014, is one of the wealthiest members of Congress.

Olszewski told MTN News Tuesday that he’s been busy campaigning and looks forward to the competition.

“My big thing is to say, bring it on,” he said. “I look forward to the campaign of competing ideas.”

Stapleton had a similar comment, saying that other Republicans entering the race won’t affect his approach.

“I’m the candidate who can bring all people together, and, as governor, provide a vision and a budget that all Montanans can be proud of,” he said.

A spokesman for the Fox campaign noted that Gianforte is starting a gubernatorial campaign less than a year after getting elected to the U.S. House seat.

“Montanans deserve a governor who will actually serve the people of Montana, not just use their trust as a means to campaign for higher office,” spokesman Jack Cutter said Tuesday in a statement. “Greg has made his priorities clear; his ambition is more important than his commitments to Montanans.”

So far, no Democrat has announced for the Montana governor’s race in 2020 — although sources also told MTN News that Lt. Gov. Mike Cooney is seriously considering it.

Gianforte’s entry into the gubernatorial contest also opens up the race for Montana’s sole congressional seat.

Democrat Kathleen Williams, who lost to Gianforte in the 2018 contest for U.S. House, began her 2020 campaign for the seat almost two months ago. Another Democrat, state Rep. Tom Winter of Missoula, also has said he’s in the race.

Republican state Auditor Matt Rosendale, who ran for Congress in 2014 and lost the 2018 U.S. Senate race to Democratic Sen. Jon Tester, is considered a likely candidate for the House seat next year, if it becomes an open seat.

Gianforte, 58, co-founded RightNow Technologies in Bozeman with his wife, Susan, in the mid-1990s. The company developed Internet-based customer-service software for companies just as Internet usage took off, and grew into an international firm with 500 employees in Bozeman.

Oracle Corp. bought the company in 2014.

Gianforte and his wife had been generous contributors to Republican candidates in Montana for many years, but he didn’t enter politics as a candidate until 2016, when he challenged Bullock for the governorship. Bullock won that race, 50 percent to 46 percent, and is now running for president.

Gianforte won Montana’s congressional seat in May 2017, in a special election to succeed former Rep. Ryan Zinke, who had been appointed by President Trump as U.S. Interior secretary.

Gianforte made national news on the eve of that special election when he punched a reporter for the Guardian before a campaign event, after the reporter, Ben Jacobs, attempted to question Gianforte about health-care policy. Gianforte later pleaded guilty to misdemeanor assault.