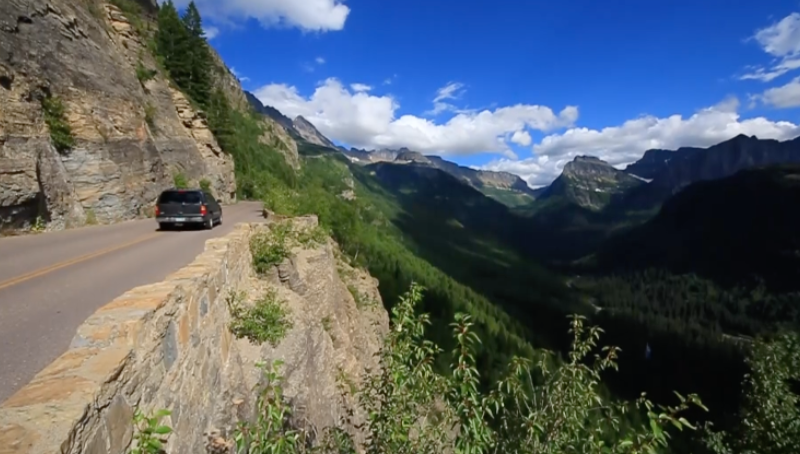 “The Going-to-the-Sun Road will be open on Sunday morning, June 23, in its entirety to motorized vehicle travel, pending any last minute changes due to weather,” said a press release from the park to MTN News obtained Saturday evening.

The two-hour-long scenic mountain road past Lake McDonald Lodge has been only partially open in recent months due to snowpack at the high elevation. The traditional snowplowing process began on Going-to-the-Sun in early April this season, during which access was mostly closed off to hikers and bikers.

Accessibility creeped along for hikers and bikers with the plowing effort, and crews reached the route’s highest point, Logan Pass (which sits at 6,646 feet above sea level) on May 25. Total vehicular access, however, remained closed throughout the spring season. Availability to vehicles, as last reported by MTN News, was 29 miles — excluding the portion of the road between Avalanche Creek and Jackson Glacier Overlook.

The news comes relatively on par with previous years. Glacier National Park’s website details how Going-to-the-Sun opened in its entirety on June 16 in 2016 and June 19 in 2015.

Not all vehicles can operate on the renowned roadway, however. Park officials outlined several restrictions in the media release and on the park’s website, including the prohibition of vehicles longer than 21 feet or wider than 8 feet. These proscriptions consider both bumpers and mirrors.

Park officials also heeded a few words of warning to those considering a drive on Going-to-the-Sun: “While driving along the road, particularly through the Rim Rock area (approximately one mile west of Logan Pass), visitors should be aware of possible rockfall. Rocks and other debris continue to fall throughout the summer, requiring daily clean up along the road.”

There is an upcoming celebration of the landmark’s restoration. The festivities are scheduled for Thursday, June 27, at 10 a.m. at the Sun Point Day Use Area on Going-to-the-Sun Road East.

For up-to-date information on how to plan a visit to Glacier National Park and conditions on and around Going-to-the-Sun Road, visit the park’s website here.