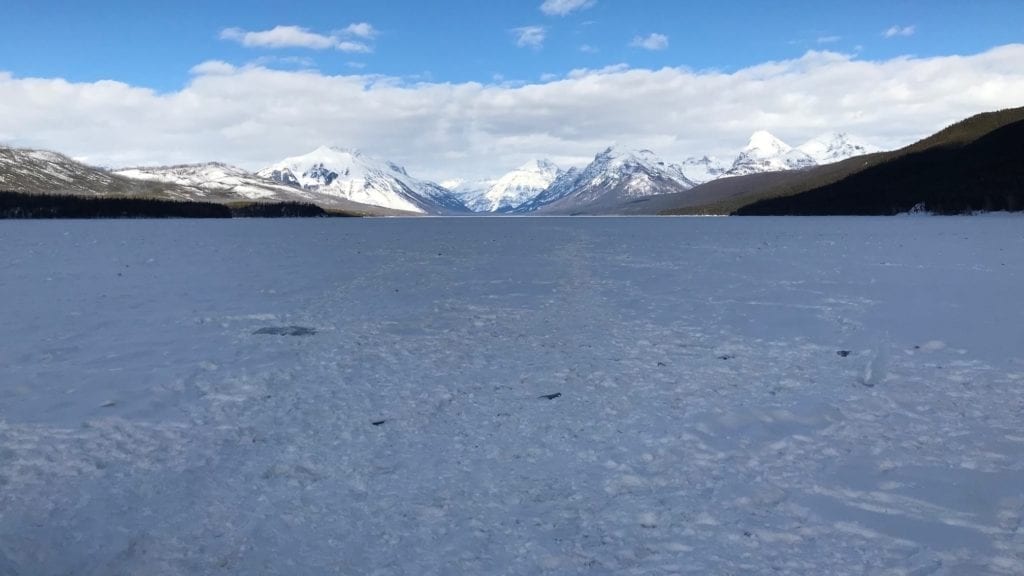 KALISPELL – For the first time in years, a string of negative temperature days froze two main lakes in the Flathead Valley.

Jim Craft, a research scientist with Flathead Lake Biological Station, tells MTN this is the first time in 25 years that Flathead Lake has completely frozen over. He says wind, temperature and the lake’s current are all factors in freezing the lake.

Flathead Lake is 30 miles long and has strong currents, making it not easy to freeze over. In fact, in his 30 years at Flathead Lake biological station, Craft has only seen the lake freeze a few times.

However, as temperatures warm, ice on the lake is already melting. Craft warns folks against going out on the lake.

“You can be on six inches of ice in one spot, take ten steps and be on one inch of ice. So me, I’m not going out on the ice. Some of the bays might freeze a bit more solid, you don’t quite get the circulation to melt them out like that,” says Craft.

Lauren Alley with the park says cold temperatures and low wind helped to form the layer of ice.

But like Flathead Lake, the 10-mile-long, 400-foot-deep water body is also seeing melting because of warmer weather, and they also stress safety during recreation. One person reported falling in last week.