Texas rep responds to O'Rourke's promise to take assault-style weapons: 'My AR is ready for you' 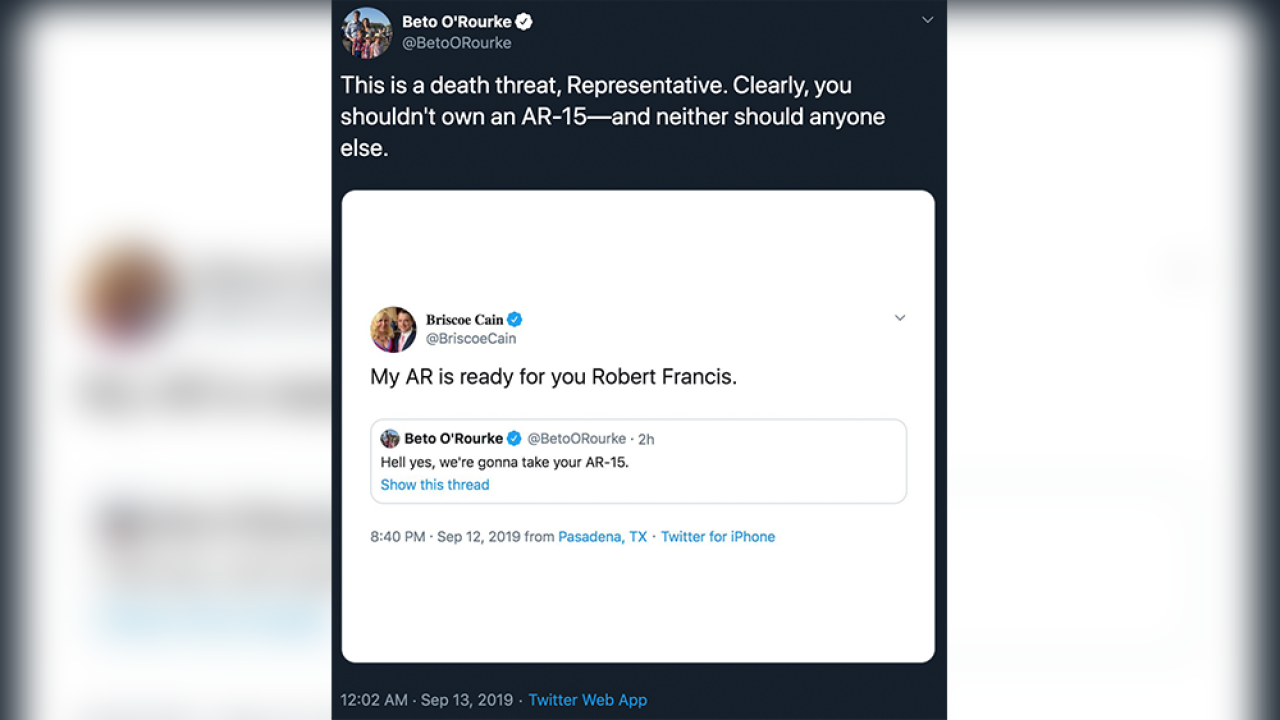 In a since-deleted tweet, a state rep from Texas appeared to threaten presidential candidate Beto O'Rourke following O'Rourke's promise to "take" assault-style rifles if he were elected president.

When asked about his plan for a mandatory gun-buyback program for assault rifles during Thursday's presidential debate, O'Rourke responded by saying "hell, yes, we're going to take your AR-15." O'Rourke tweeted the phrase following the debate.

This is a death threat, Representative. Clearly, you shouldn't own an AR-15—and neither should anyone else. pic.twitter.com/jsiZmwjMDs

Following O'Rourke's claim of a death threat, Cain responded by calling the candidate a "child."

O'Rourke's comments come about a month after a man used an assault-style weapon to kill 22 people in O'Rourke's hometown of El Paso, Texas. According to a recent Washington Post-ABC News poll, 74 percent of Democrats support a mandatory buyback program. 31 percent of Republicans support the policy.