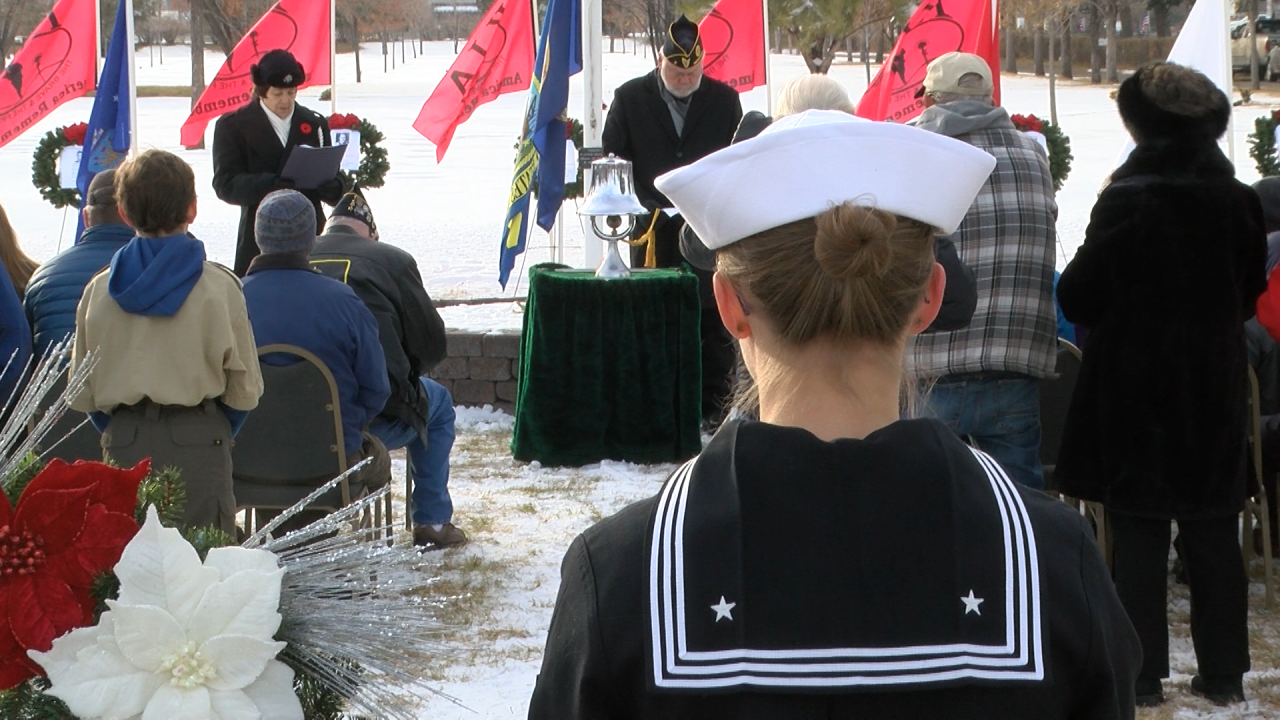 Families, veterans, and service members gathered in Helena on Dec. 7 to remember those that lost their lives during the attack on Pearl Harbor.

It was 78 years ago when Japanese forces attacked the naval base at Pearl Harbor in Hawaii.

2,403 service members and civilians were killed during the attack, and 1,178 others were wounded.

The names of 14 Montanans who lost their lives on Dec. 7, 1941 were read at a ceremony in Resurrection Cemetery, and wreaths were placed in their honor. Boy Scout Troops 207 and 214 posted the colors for the event.

“I’m just glad to see a lot of people here that just remember and support all this, and I hope it can continue,” said Jerry Dullum.

Jerry Dullum and his family were in attendance to remember his uncle and namesake, Electrician's Mate 3rd Class Jerry Dullum of East Helena.

The sailor was aboard the USS Arizona the morning of the attack. The VFW in East Helena is co-named in Electrician's Mate Dullum’s honor.

100 commissioned warships and service auxiliary ships were present at Pearl harbor during the attack.

Eighteen U.S. Navy ships were sunk or run aground, including five battleships.

The USS Helena, a Brooklyn-class light cruiser, was damaged that day by a torpedo to it’s hull on the starboard side.

The crew of the Helena were able to engage enemy forces with their anti-aircraft guns and helped fend off Japanese bombers. Over the course of the battle, the ship fired more than 300 shells from her 5-inch guns, 3,000 rounds from the 1.1-inch guns and 5,000 rounds from the .50 cal. guns. The Helena was credited for shooting down six aircraft out of the total 29 Japanese aircraft that were shot down that day.

31 crewmen aboard the Helena were killed that day.

The Helena was restored after the battle and took part in several battles in the Pacific Theater until it was sunk on July 6, 1943 at the Battle of Kaul Gulf.

More information about the USS Helena can be found here.