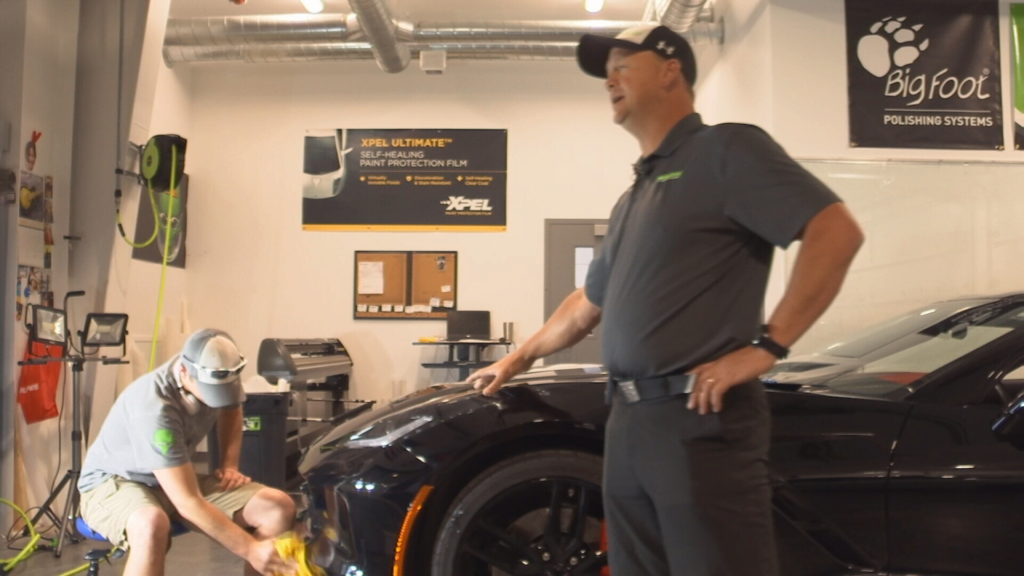 BILLINGS – The U.S. Small Business Administration awarded the small business person of the year in each state in May.

The Montana winner, Devon Davidson, is from Billings and owns Mobile Appearance  Reconditioning  Service or MARS.

“This is something I love,” said Davidson. “Vehicles and love making then look nice and we’re protecting those vehicles. That’s what we do every day here.”

Davidson and other winners received recognition in Washington DC.

Davidson talked about the success of the company.

The Davidsons have owned MARS for 17 years.

“It takes great people around me to keep me up and going,” Davidson said. “Very passionate about this. I grew up on a farm in northeastern Montana. I know how to work. Not afraid to work.  We just love cars and we love people and doing that together as a team. We wake up together and have fun doing it. Work hard, play hard.

Davidson talked about what it takes to be a businessman.

“Do your research,” he said. “Be passionate about what you do. Make relationships and just work hard. Don’t’ give up. Be persistent.

MARS is more than he envisioned in 2002 and the company just moved into a new building last year.

“We’ve been in this building for a year and a couple months. So just having some time to get settled in here. Keep doing what we do and who knows where the future will take us.”

The MARS franchise based in Dallas folded in 2012.

Since then, an associated group of 20 MARS businesses formed MARS Nation and Devon Davidson is its president.