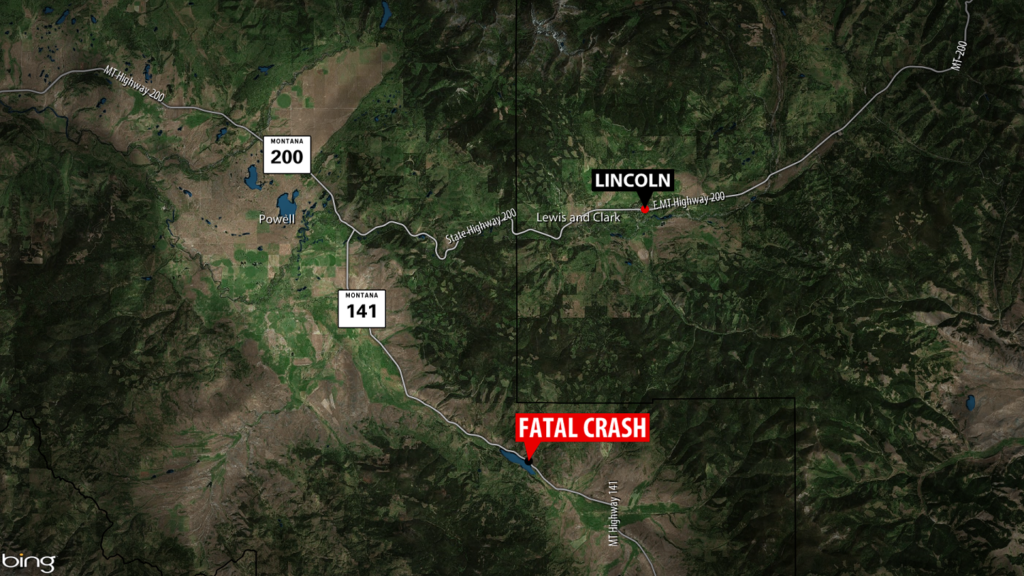 A trooper was dispatched to mile marker 18 on the east side of the lake just before 5:00 p.m.

According to the Montana Highway Patrol, the woman was driving northbound on MT 141 when she drove off the shoulder, overcorrected and went into the southbound lane.

Her truck collided with the Kenworth semi head-on. She was pronounced dead at the scene.

Investigators say the woman and driver of the semi were both wearing seatbelts.

The driver of the semi was not injured.

The identity of the woman has not been released.