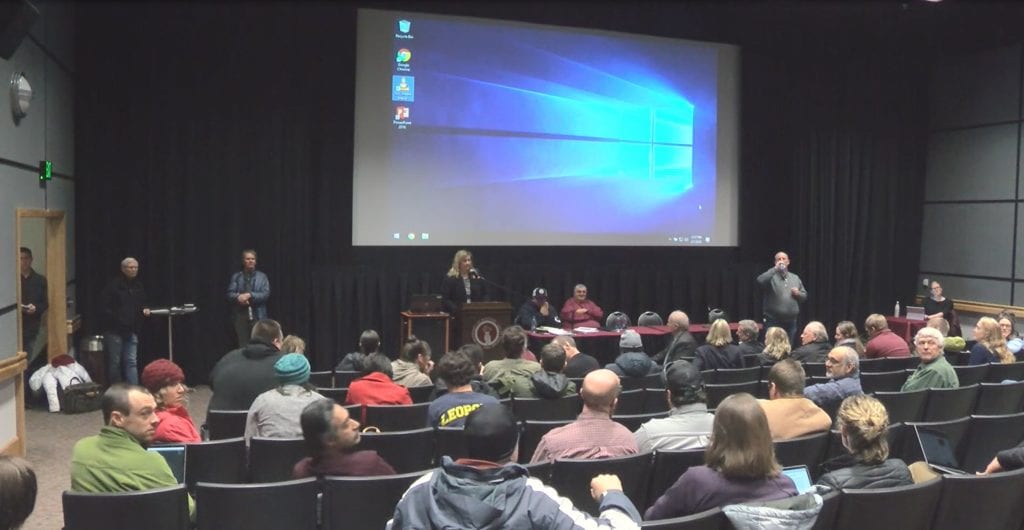 MISSOULA – Some angry parents confronted University of Montana officials after their children were possibly exposed to asbestos at their campus daycare — with many saying they should have known sooner.

UM’s McGill Hall was closed last week due to unsafe levels of asbestos and on Thursday UM officials brought in two industrial hygienists who had been testing McGill hall to give results and answer questions.

One of the certified hygienists, Scott Rogers told the group there is not an elevated air health hazard caused by asbestos in McGill Hall and that the hazard is no higher than acceptable working conditions.

But those acceptable standards are for adults who were in the building and not for the children in ASUM childcare facility. Officials said that no study has been conducted for children that young.

Parents who had children attend ASUM childcare in the building are still asking lots of questions and most parents voiced the concern they’re not getting enough information.

“Proactive would have been shutting it down when you found out about it, or at least alerting parents of kids in the same building that asbestos remediation was going on,” one concerned parent said.

UM officials say that McGill Hall could be reopened in as soon as five-to-seven days, which is the amount of time it would take to do a full abatement clean up in the building.