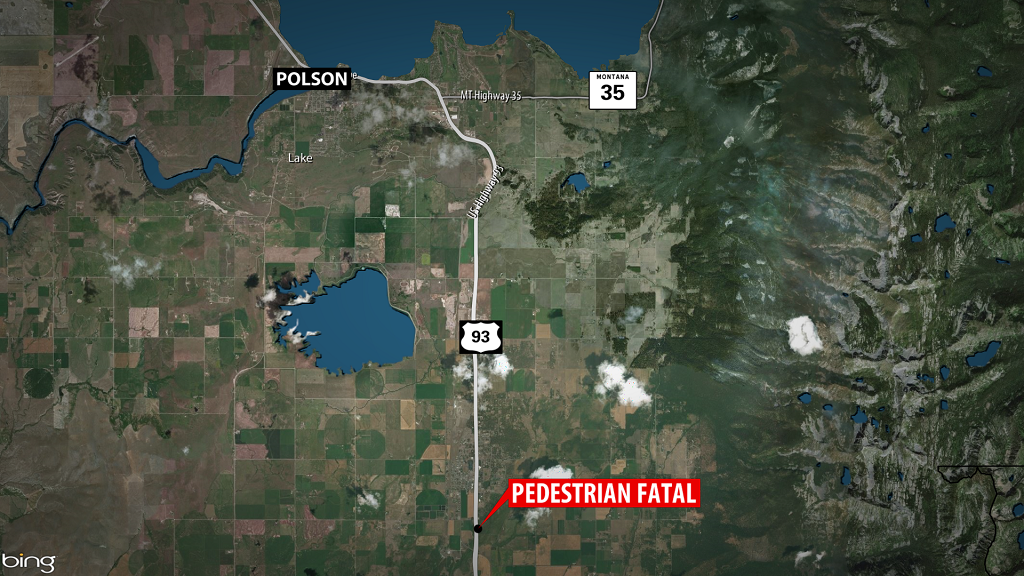 MISSOULA – A 20-year-old man is dead after being struck by a vehicle on US Highway 93 North between Pablo and Polson.

The Montana Highway Patrol reports the man was crossing the highway wearing dark clothing just after 1 a.m. on Saturday near mile marker 53.

The man was still alive when authorities arrived at the scene but passed away before he could be taken to the hospital.

Officials were able to identify the man by his Tribal ID, but have not released his name at this point.

Nothing is known at this time about the vehicle that hit the victim and authorities are continuing to investigate the incident.

We’ll have more information as it becomes available.