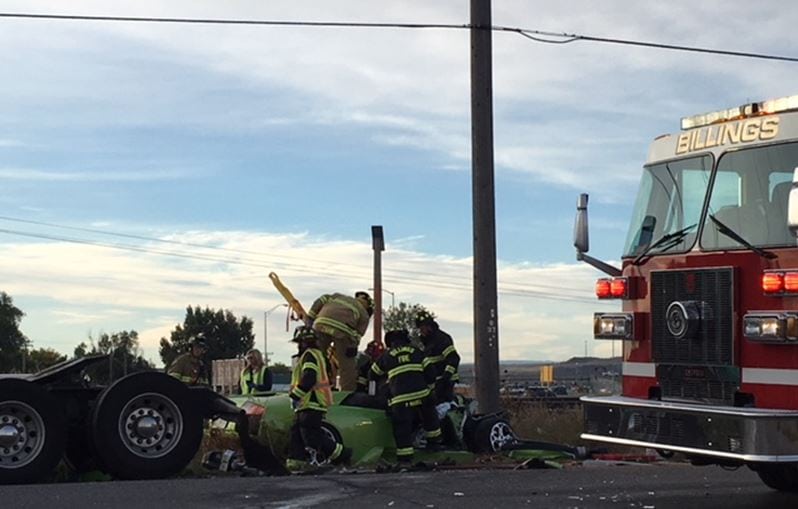 BILLINGS – A 68-year-old Billings man was rushed to the hospital after crashing into a parked semi on King Avenue West on Wednesday morning.

Lt. Brandon Wooley of the Billings Police Department said the green Lamborghini was traveling east at a high speed when it struck a power pole and the semi, which was parked on the side of the road.

The 32-year-old driver of the semi was asleep inside of the cab when the sports car crashed into him.

The driver of the Lamborghini was extricated from the car by the Billings Fire Department.

Wooley said he had a pulse when he was pulled from the car, but was unconscious.

The semi driver was uninjured.

The area of King Avenue West and South 18th Street West was closed to traffic while investigators remained at the scene.

Crews pulled a man from a small green sports car. and he was taken from the scene by ambulance.

The entire front side of the car was smashed. Pieces of the car were underneath the tires of a semi cab at the scene.

Traffic was being diverted around the scene.