HELENA, Mont. – The 2018 Montana Homeless Point in Time data has been released.

The Montana Point in Time Survey is part of a national coordinated effort to identify the number of persons who are homeless on a single night; it was conducted on Jan. 25, 2018. 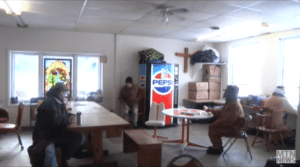 Locally, the survey is administered by local providers of homeless services and volunteers in partnership with the Department of Housing and Urban Development.

On the night of Jan. 25, a total of 2,060 people across Montana filled out the Point in Time Survey and 1,052 people reported themselves as being homeless.

Trina Filan, Director of Community Impact with United Way of the Lewis & Clark Area, said the survey is a helpful tool but doesn’t give a full picture of homelessness in the community on its own.

Filan believes the fault with the survey is in it only being collected on one night each year, while homelessness can happen very abruptly from an event like losing a job or a mental health crisis.

“You can slip into homelessness quite unexpectedly,” said Filan. “I think that’s a really hard thing for folks to think about, that one thing can push a family or individual out of stability and into crisis.”

The survey is also only representative of those who were able to to be contacted during the survey and chose to participate.

“Some folks just don’t trust or want to answer the survey so they’re not going to be included,” said Filan. “Montana is also a rural and frontier state, so there are some folks that live in places that aren’t going to be accessible.”

Addressing homelessness in the area is not an easy or simple task though.

The United Way believes greatest needs are to improve communication with those experiencing homelessness, have better and safe housing options for people and have a greater ability to help those in mental health crisis.

“It’s rare to find someone who wants to live on the street,” said Filan. “Once you’re in crisis, getting back into stability isn’t easy.”

That doesn’t mean nothing is being done to combat homelessness in the community.

Filan said there are countless social services workers and volunteers in the area dedicated to helping people in a crisis situation, and the United Way has the Greater Helena Area Housing First program.

“Most importantly, we have to remember that homelessness is a crisis situation that affects real people, families and children who are in need of help,” added Filan.