300 classics at Burn the Point car show in Billings

BILLINGS, Mont. – Many enjoy the tradition of Burn the Point in Billings during Labor Day weekend.

The event finished with the Classic Car Show at the MetraPark Fairgrounds on Saturday.

Burn the Point’s largest ever car show brought out about 300 cars.

The show ran out of room on the lawn, so some had to park their vehicles on the pavement of the fairgrounds carnival area.

Car enthusiasts from all over Montana and out of state come to Billings for the parade, car show and swap meet.

“This weekend I’ve seen more cars that were in Billings than I’ve never seen,” said Ron Duty, Burn the Point co-organizer. “People even built cars or purchased them in the last year. This is the biggest event that we’ve seen.”

The parade drew a record 549 on Friday night and Duty helpED introduce the cars with Major Dan Miller of KBXI, Mojo 92.5-FM.

“That’s the fortunate part for me and Dan, I know the cars, he knows the people,” Duty said.

And Burn the Point is a good event for families and friends.

“All our family is involved and we have a lot of friends that are the same way,” Duty said. “It’s a big, big issue and this is a special weekend.I see guys that I went to high school with. Very rewarding growing up in Billings.”

Prizes went to 100 car owners. There is no top prize.

The sponsors pay for the trophies and pick their favorites. 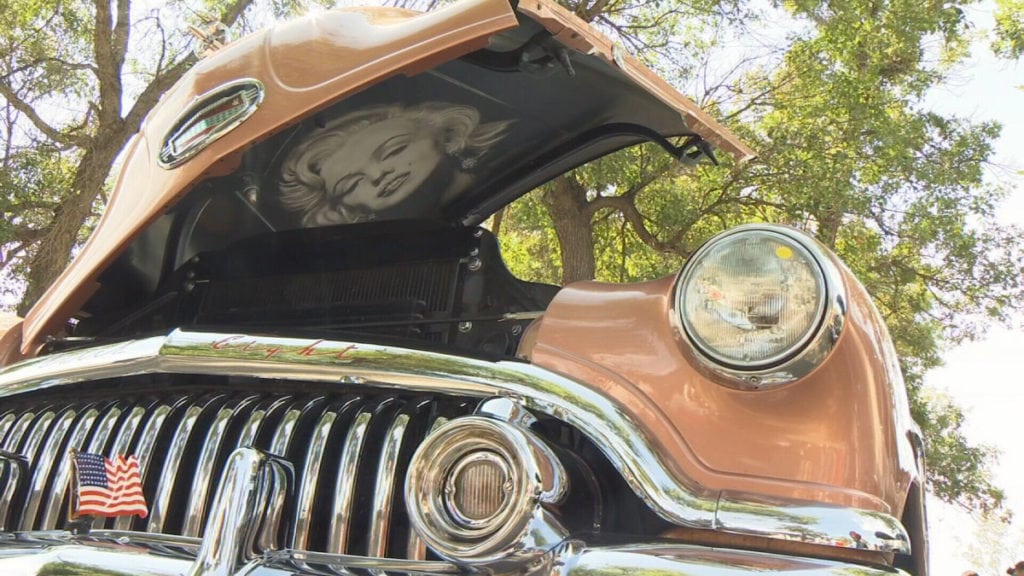