WASHINGTON, D.C.- Cattle ranchers are lobbying for a permanent solution to the electronic logging devices  and hours of service issue for U.S. livestock haulers in Washington, D.C. this week.

The U.S. Cattlemen’s Association (USCA) is holding its annual fly-in in the nation’s capital this week. Whitney Klasna is the USCA’s national secretary from Lambert, Mont., and says the group talked with members of Congress and Trump Administration officials about the problem.

“The majority of our cattle get shipped out of state at weaning stage and calf hood stage and get shipped to the southern states where they get fed out and eventually end up in feed yards and the processing plants,” said Klasna. “So, it’s a huge thing as far as getting our cattle to those destinations in a timely manner without having to unload those animals and co-mingle with other animals and disease traceability issues as well.”

The USCA supports the bipartisan Transporting Livestock Across America Safely Act, which has the support of Montana Sens. Jon Tester and Steve Daines. Tester says the bill is a common-sense solution.

“It doesn’t make any sense, especially when you’re hauling livestock to get half-way to market or even three-quarters of the way to market and have to unload the livestock,” said Tester. “Anybody who’s in the business knows it’s hard enough to get them loaded the first time and second time is nearly impossible. Plus, it’s hard on the animals and much better just get them there and get them unloaded. That’s where the law needs to be changed a little bit to allow some flexibility for particularly the livestock haulers.”

USCA says time is of the essence because the current extension postponing full implementation of the electronic logging service and hours of service regulations for U.S. livestock haulers ends on Sept. 30.

Other priority issues of the U.S. Cattlemen’s Association include truth in labeling of alternative proteins, country of origin labeling, trade and true price discovery in the livestock marketplace. 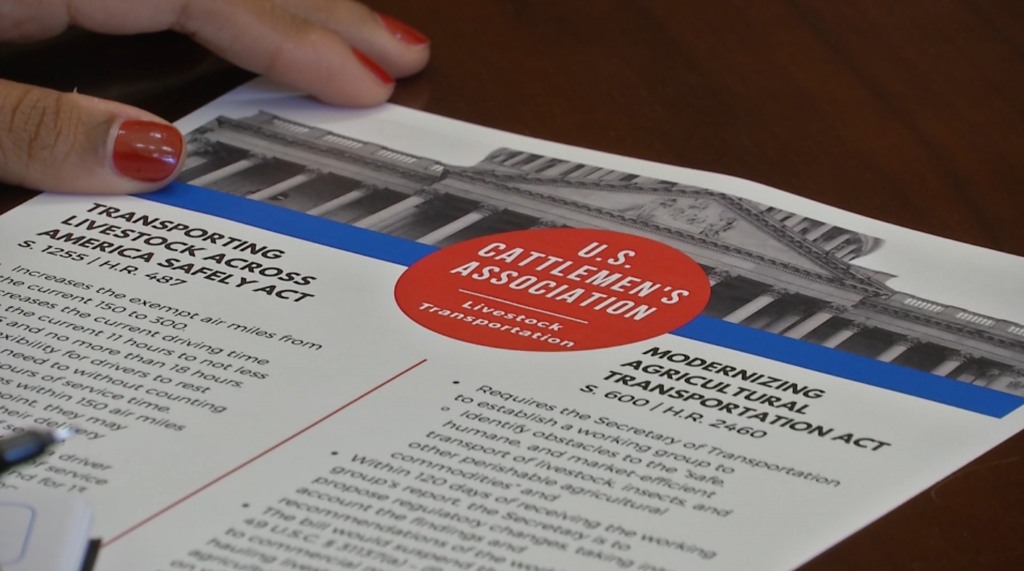