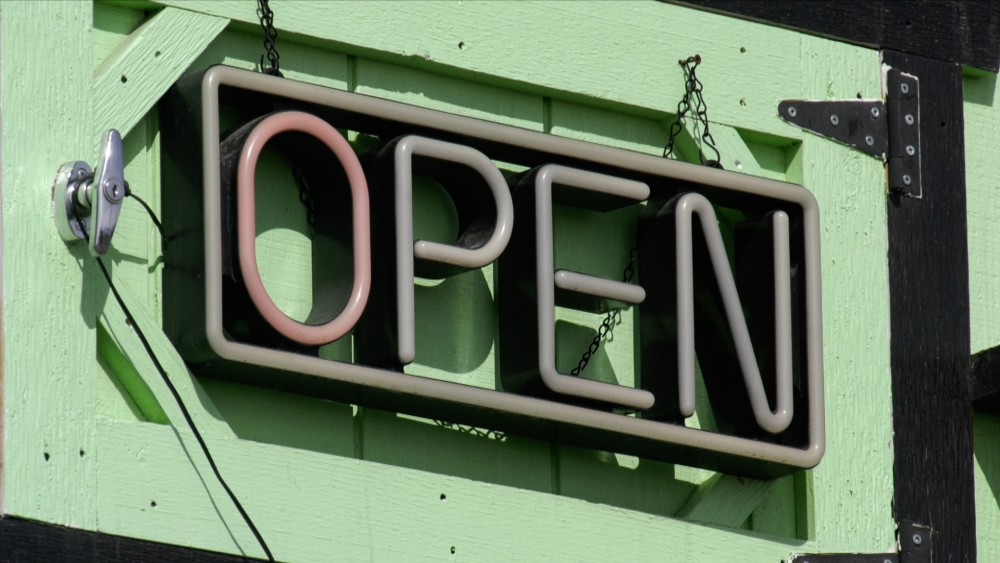 GALLATIN COUNTY — Gallatin City-County Health Officer Matt Kelley cleared up many questions with the “road to re-opening” in a press conference Friday afternoon.

The big question: when can this even be possible?

Kelley says health officials are following, among multiple sources, a report from the American Enterprise Institute, breaking down that process into four phases.

Right now, Gallatin County is in the early stages of Phase I, slowing the disease and not reopening any of the businesses listed in the governor’s directive.

He did note that the cases have plateaued over the last six to eight days.

But in order to begin Phase II, Kelley says health officials are constantly watching and waiting for there to be a sustained 14 days of time when there is a clear reduction in cases.

They are also watching for a time when hospitals can safely treat all patients and when the state can test all people with symptoms.

Finally, Kelley says the state must be able to conduct active monitoring of confirmed cases before the state can think about gradually re-opening businesses.

Kelley also says the responsibility will not be business owners, alone, to follow.

When the time comes, it will fall heavily on the public to continue to maintain the six feet of social distancing, in businesses or otherwise.

As health officials work to flatten the curve, they are also planning ahead.

Namely, when the time comes, how will businesses start to re-open?

The future plan to re-open businesses across Gallatin County, according to the Gallatin City-County Health Department, is to be done in waves when, again, the time is right.

According to Kelley, it has to be the right time, the first time.

"Restaurants and other establishments should start thinking now,” he said during the Friday press conference.

Gallatin County health officials like Kelley say to think of it like the final lap of a race.

There’s still always a chance for a yellow flag.

"Any change that we make, we need to make sure that we are doing it in a way that is gradual and that we are able to measure what the impact looks like seven to 14 days later,” Kelley says.

The Gallatin City-County Board of Health breaks it down to four phases, with Gallatin County still in the midst of Phase I, or slow the spread.

Phase II aims to gradually re-open businesses like Bubby’s in Belgrade with social distancing followed to the T and with the ability to dial it back if there is a COVID surge.

"We are going to have to have a continued focus on social distancing, perhaps based on a percentage of building occupancy limits,” Kelley says.

"I think it's a great thing,” says Brant Gilbert, co-owner of Bubby’s and Center Ice Cafe.

Brant and Rhonda Gilbert, still holding out through their drive-thru window at Bubby’s Burger Barn, agree.

"I'm glad that it is in a step program, personally, because being immuno-compromised, taking chemotherapy, there is thought and safety for them,” Gilbert says.

In Bozeman, the thought follows with businesses like Urban Kitchen, banding together with other owners, waiting for the right moment.

"Truly to recognize the amount of people that are out of work right now, it is staggering.”

So that’s what the Gilberts are doing, using their stimulus to fully disinfect their darkened cafe for that day where it can re-open its doors — the right way, the first time.

"It balances both sides of the argument in a way that I am very happy,” Gilbert says.

"You don't just want to not detect cases. You want to have genuine evidence that you have less disease in your community,” Kelley says. "Our new normal is going to look differently than our old normal but I think if we work together on it, we will be able to do that."