'Out of scale:' Downtown Bozeman Partnership weighs in on semi truck traffic on Main Street 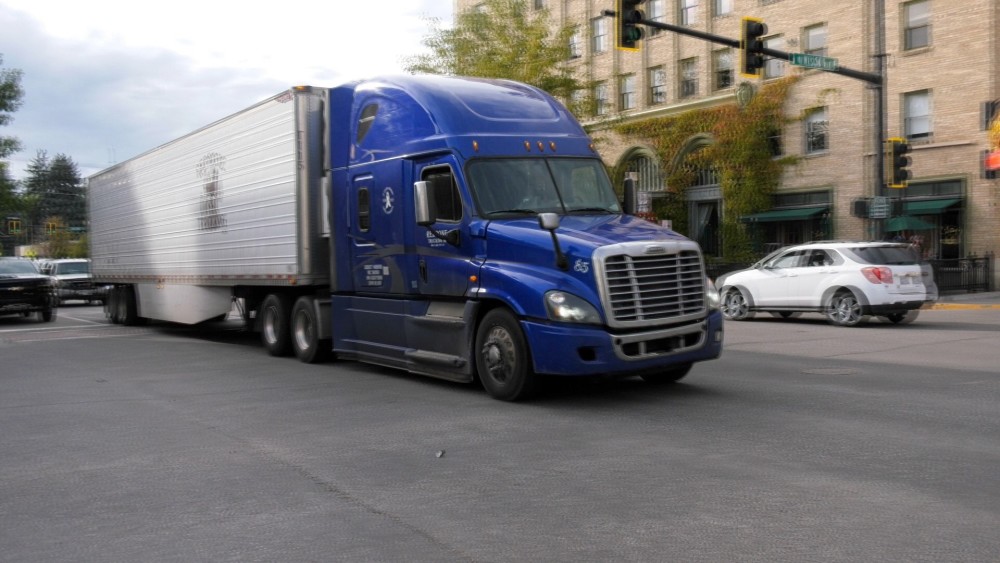 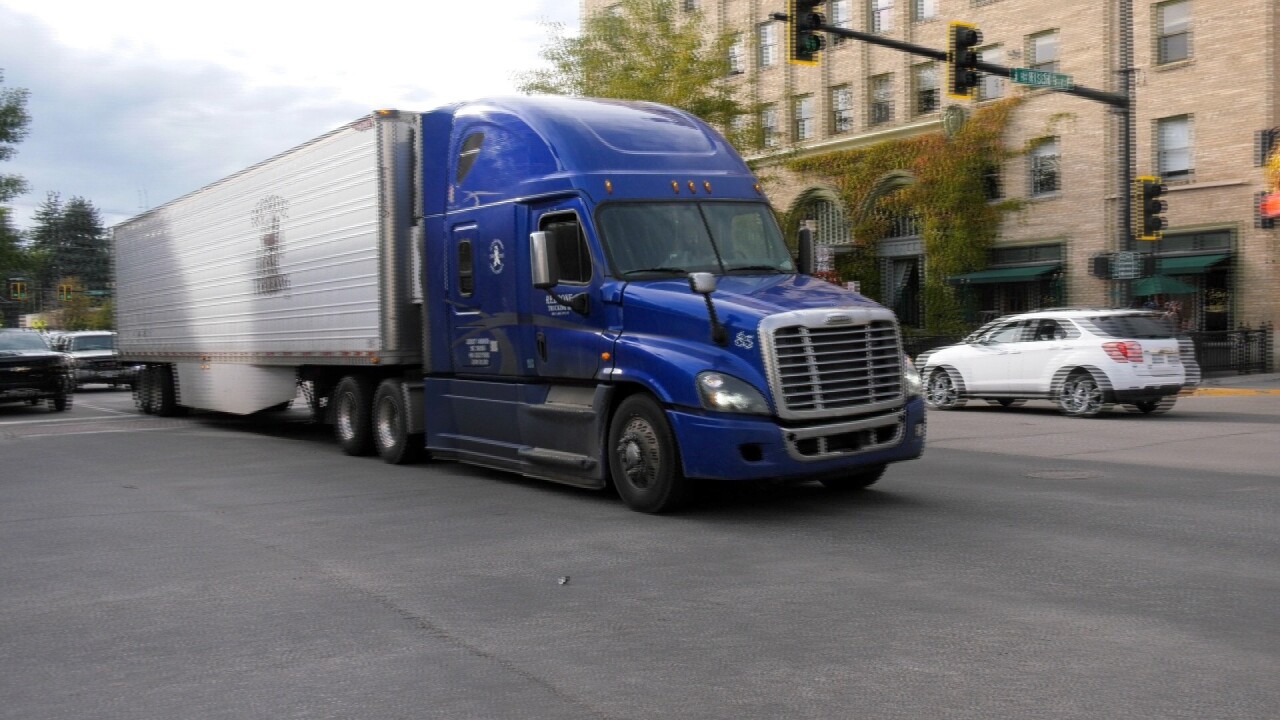 BOZEMAN — Downtown Bozeman is a busy place to be. Add large semi trucks trying to drive all the way across Main Street, it becomes busier.

It’s tough enough as it is, trying to get from point A to point B along Main Street in Downtown Bozeman.

When you add something like a semi tractor trailer to the mix, it gets even tougher.

Large trucks trying to go all the way through to the interstate has some saying they just don’t fit on this street.

“The truck traffic through downtown is still an issue,” says Chris Naumann, executive director of the Downtown Bozeman Partnership.

To some, it’s like trying to fit a pencil through the head of a needle.

The sight of semi tractor trailers has many, like Naumann, watching with concern.

In fact, trying to keep them out of downtown is included in the city plan.

“Our recently adopted 2019 Downtown Improvement Plan speaks to the need to look for ways to minimize the amount of through-truck traffic and that’s not a new theme,” Naumann says.

A temporary sign off of 7th Avenue was only there because of the MDT construction that was just up the road downtown.

However, those who have a bird’s eye view like Chris Naumann, they say it made a little bit of a difference.

“Well, some, although I can tell you during this recent road work this week, I saw quite a few semi trucks still traveling through the one lane,” Naumann says.

Naumann says the last study, done years ago, looks at how to change the route from 'through' to 'around.'

“We did the study in 2015 that counted the number of trucks and, again, segregated through truck traffic from other types of truck traffic,” Naumann says.

According to that study, the average proportion of through-truck traffic was 29 percent of all traffic.

On top of that, in one week, more than 240 trucks passed through.

“We also have to deal with the realities of that designation. There’s the state level with the Montana Department of Transportation and also the Federal Highway Administration,” Naumann says.

Those discussions are starting to happen.

Naumann says with perseverance, a change could come in more than an orange sign.

“If we were able to provide a different route for trucks, it would certainly take the biggest vehicles out of the mix,” Naumann says.

The Downtown Bozeman Partnership has already collected all of the data needed for a new study. Naumann says the next step is putting all of that data together.