"The Pasture" began in entrepreneurship class 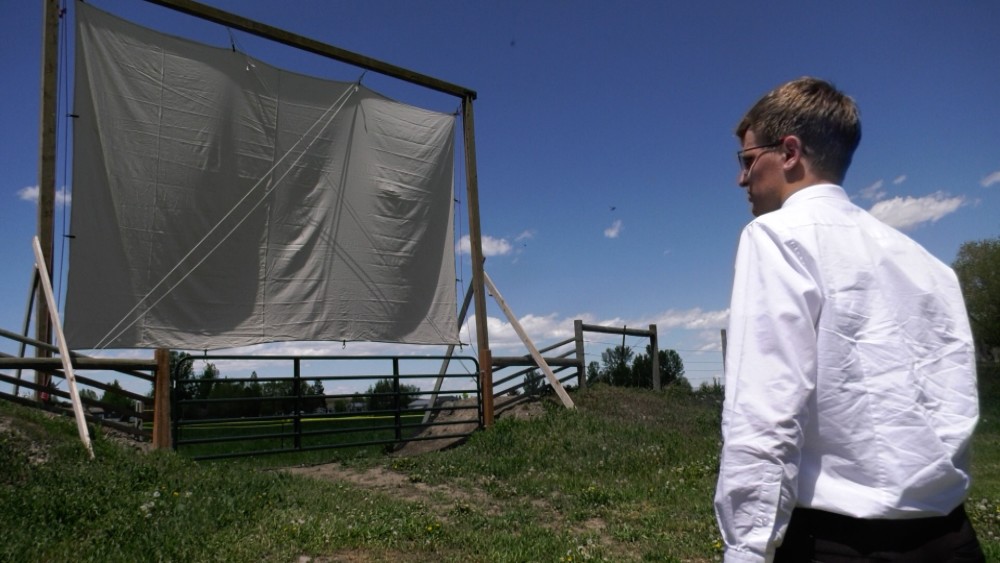 MANHATTAN, MT — A high school senior in Manhattan found a way to make lemonade out of lemons, so to speak, amid the pandemic.

In the middle of the COVID-19 pandemic, entertainment, especially local, is something that’s hard to do while practicing social distancing.

Leave it to a high school senior to figure it out.

Just south of Manhattan near Churchill, you can see Porter Blanchard’s projector booth is his drive-in theater out in the middle of a green field.

“Most people are like, dang, this is so cool,” Blanchard says. “How haven’t we heard of this before?”

Most people think of the area south of Manhattan, Montana to be nothing but pasture.

If you pass by Little Creek Way, there’s even a sign that reads “The Pasture,” but not because of the landscape.

To Porter, it’s that and more.

“At first, I was wanting to start a snow cone business because we have a snow cone machine,” he says. “We had to stop our projects because the quarantine started.”

That was for an entrepreneurship class.

Still wearing his tie from his baccalaureate, he showed MTN what his next idea was.

“I’m like, a drive in theater would be a ton of fun,” Blanchard says.

When asked if he expected it to grow to what it is now, his response: “Not one bit.”

Build it and — you know the rest.

“They gave me a loan for $500 to help cover initial costs like the big posts and the screen and then all of the T-posts and the caution tape,” Blanchard says. “Did a couple of test runs just to make sure all of the equipment worked and everything.”

It wasn’t long before cars began to show up, filling the plotted-out farm field next to his house.

“It started with like five and eventually grew to like 12, then eventually 20,” Blanchard says. “One of our last showings had like 30 people come so it was a pretty good sized showing.”

Of course, his friends and family were there, too.

“We couldn’t do it all with just only me,” Blanchard says. “It’s super cool to see that somebody else will want to come to it and would want to participate in wanting to support the community.”

As for that field, Blanchard says he spoke with a neighboring farmer, who agreed to rent him the space.

Blanchard also figured out the audio: tune into the radio just like the old days.

“It only works within 200 feet of the broadcaster so it abides by all of the FCC rules,” Blanchard says. “That way, you can get the volume in the car and listen to it just like the old-fashioned drive-ins.”

All while practicing social distancing.

“That’s the whole crucial part of it,” Blanchard says. “That way, we can abide by the social distancing laws and rules. Anyone that is vulnerable to this disease doesn’t have to risk themselves and get out of their car.”

But for Blanchard, it’s bittersweet.

“The sad thing is I’m leaving come August to Guatamala for a mission, so my family is going to take on the business, hopefully,” Blanchard says. “We hope to eventually get a concession stand and then maybe get another set of this and put it in a different pasture. That way, as the farmer switches fields to feed his cows, we don’t completely mess with only one pasture.”

Until then, the show goes up each Saturday night at 9 pm with a special show coming up this Friday, May 29: “McFarland,” open to the public but in dedication to the high school track athletes that can’t compete due to the closures.

But in more ways than one, this entrepreneur has more than a running start.

“With people’s ingenuity, anyone can kind of get through this unprecedented thing going on,” Blanchard says. “Anyone can do it with a little bit of grit and sweat.”

Blanchard says some of the money goes to operations; the rest, to help fund his mission trip.

He has big plans, possibly a haunted pasture trail, for the future.