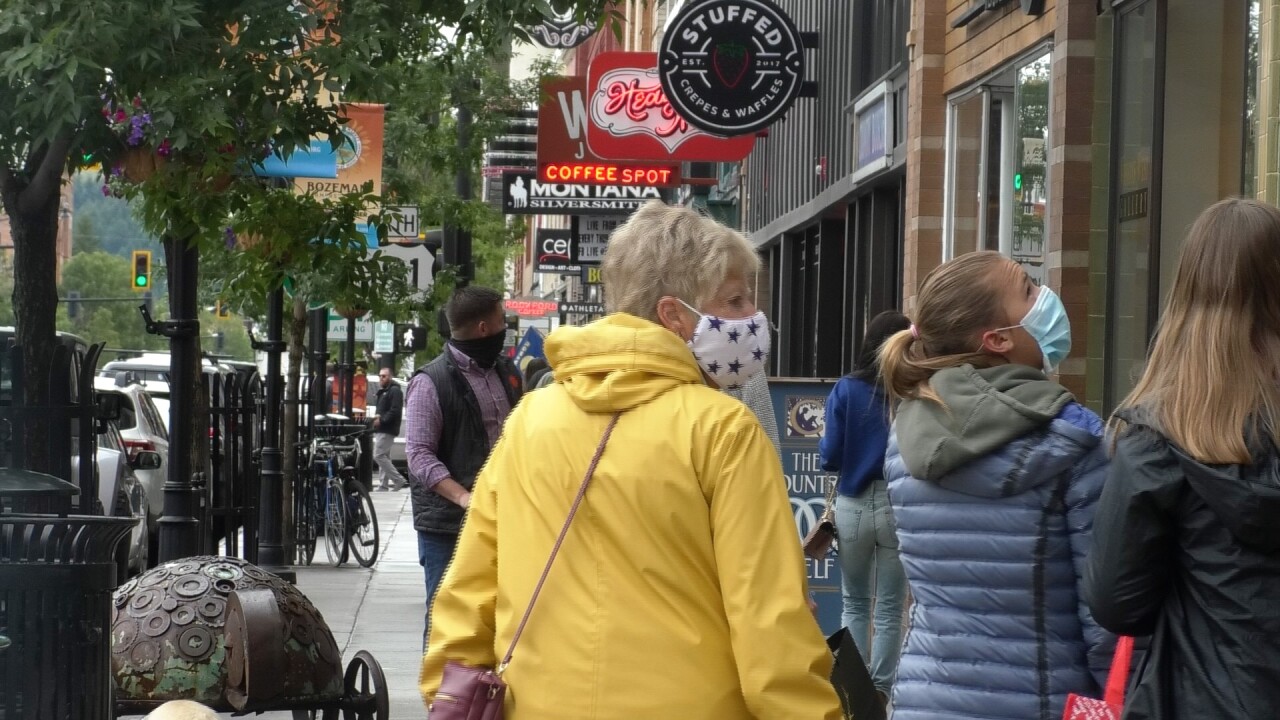 BOZEMAN — Normally, this is a very busy time as tourists flock here to spend their Fourth of July week, but recently numbers haven’t been the same.

“Versus last year probably not. But surprisingly, some numbers. I wasn’t sure what to expect with that but yeah,” explained Jessica Dixon with the Hattie Rex Gift Shop.

While there weren’t as many as what the city would normally see, there were still quite a bit of travelers visiting.

“It’s a road trip and we wanted to visit Yellowstone and we figured Bozeman was a good spot to do that at,” said Derrick Thomas, a visitor from Washington D.C..

“It’s really fun. I like it a lot. Bozeman’s fun. We’ve done a few hikes, and it’s all really cool,” said Thomas Steen, who's visiting with his family from Washington.

There were a couple of reasons why some decided to travel during this time.

“Slower weekend for work, and we didn’t want to leave during the Fourth of July when a lot of people will be on the road, so we left the weekend prior. And by the time we get to Washington state, it should be more relaxed because a lot of people are slowing down for the holidays,” Thomas said.

Tourists usually flock to Bozeman for the holiday, but some try to avoid it.

“We’re trying to come before the Fourth of July. Just trying to beat the rush,” explained Bill Freitag, a Minnesota resident.

“We actually arrived 4 or 5 days ago, so we’re leaving before the Fourth of July,” said Ryan Steen, also from Washington.

But celebrating in Bozeman just might be what this family ends up doing.

“We’re actually considering it. But we’ve got things at home that we do at home with friends. Traditions that we want to keep,” Ryan Steen said.

But as far as expectations, anything can happen.

“We’re not sure what’s going to happen. We’re going to try it this year and see if it’s going to be worth it,” Dixon explained.

“We’re still five days away from the holiday, so there’s still plenty of time for numbers to increase."