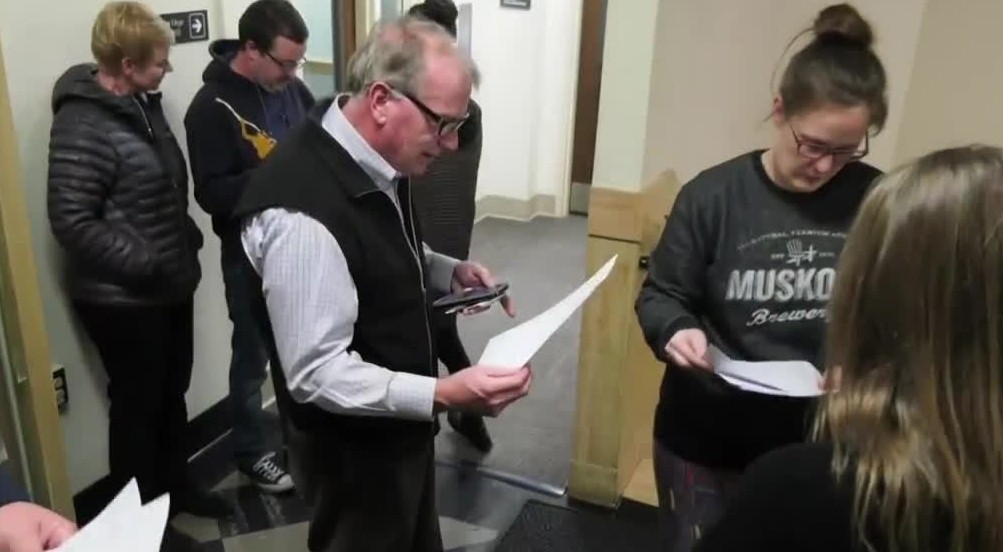 With nearly identical division among voters — both of the votes — the $59 million bond issue that would improve and restructure the Gallatin County Law and Justice Center, as well as make ballots nonpartisan, are projected to fail.

As ballots are counted, KBZK will have live updates on the status of the 2019 races.

CLICK HERE for the latest election results in Gallatin County and the City of Bozeman.

With nearly identical division among voters — both of the votes — the $59 million bond issue that would improve and restructure the Gallatin County Law and Justice Center, as well as make ballots nonpartisan, are projected to fail.

We spoke with commissioner Don Seifert moments after the preliminary results were handed to him to hear what will happen next for the county’s future.

"We have to trust the voters," Seifert says.

Two major votes on the ballot, projected to be turned down by voter

Commissioner Don Seifert says he expected a tight race but not defeat.

"I was disappointed," Seifert says. "No question about it. We've worked long and hard on this project and it's been a project that's been on the plate for more than 10 years so it is something that we need."

Over 40 percent voter turnout, a big turnout for the November general election.

"We need to understand that this is a problem with that building that will not go away," Seifert says. "Tomorrow morning, we will still have the same problems so we need to make sure that we get a project in front of the voters that they approve."

Seifert says moving forward, the county will have to recalibrate to address an aging problem.

"We just hope that we can do a better job of educating people that this is a building that is failing and we want to make sure that we don't have a catastrophic failure in that building," Seifert says.