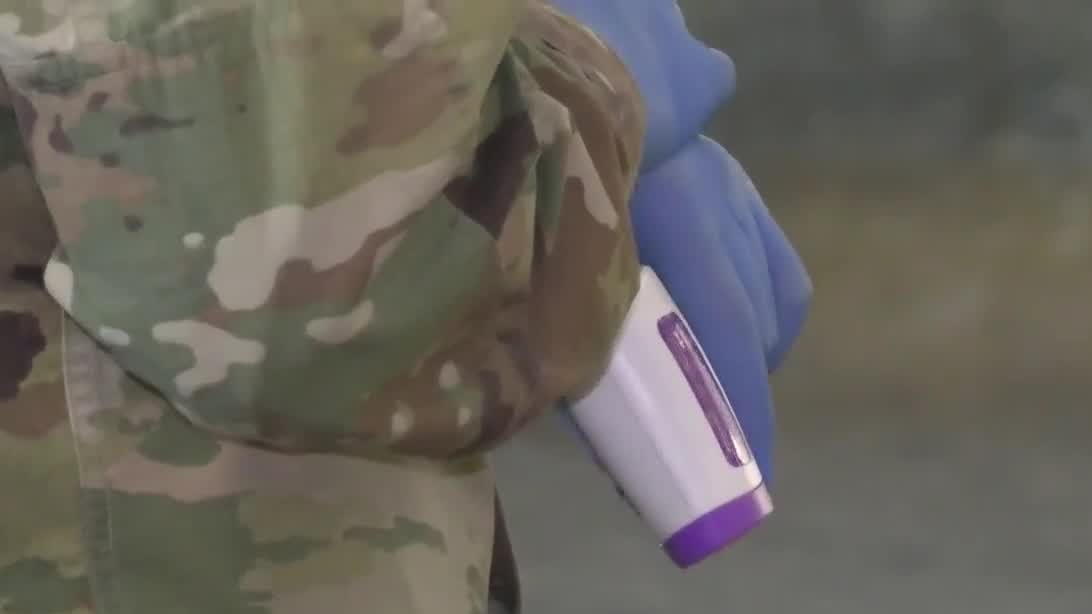 GALLATIN COUNTY — Some people refuse to fly due to the coronavirus pandemic. Others are doing so despite the risk. But if you’re flying to or from Bozeman Yellowstone International Airport, you might notice some changes.

It’s typical to see loved ones ready to greet friends or family after a flight. But now, passengers flying into Gallatin County are also greeted with a temperature check.

“The governor implemented that through the use of the National Guard at all of the airports or the major airports throughout the state,” explained Airport Director Brian Sprenger.

One passenger says she appreciates the added safety measure, but it did catch her off guard.

“We just got our temperatures checked. So, that was kind of a different thing. Strange,” said Jentry Wheaton.

There were noticeably more people in the airport than a few weeks ago.

Which is almost ten times more than what they were seeing a few months ago.

“When you get down to the really low numbers we saw in April of about 45 passengers a day. A day like today where we have closer to 400 passengers, it’s significantly different,” he said.

But it’s still not close to normal.

The airport director says the temperature checks will probably last for the next couple of weeks.