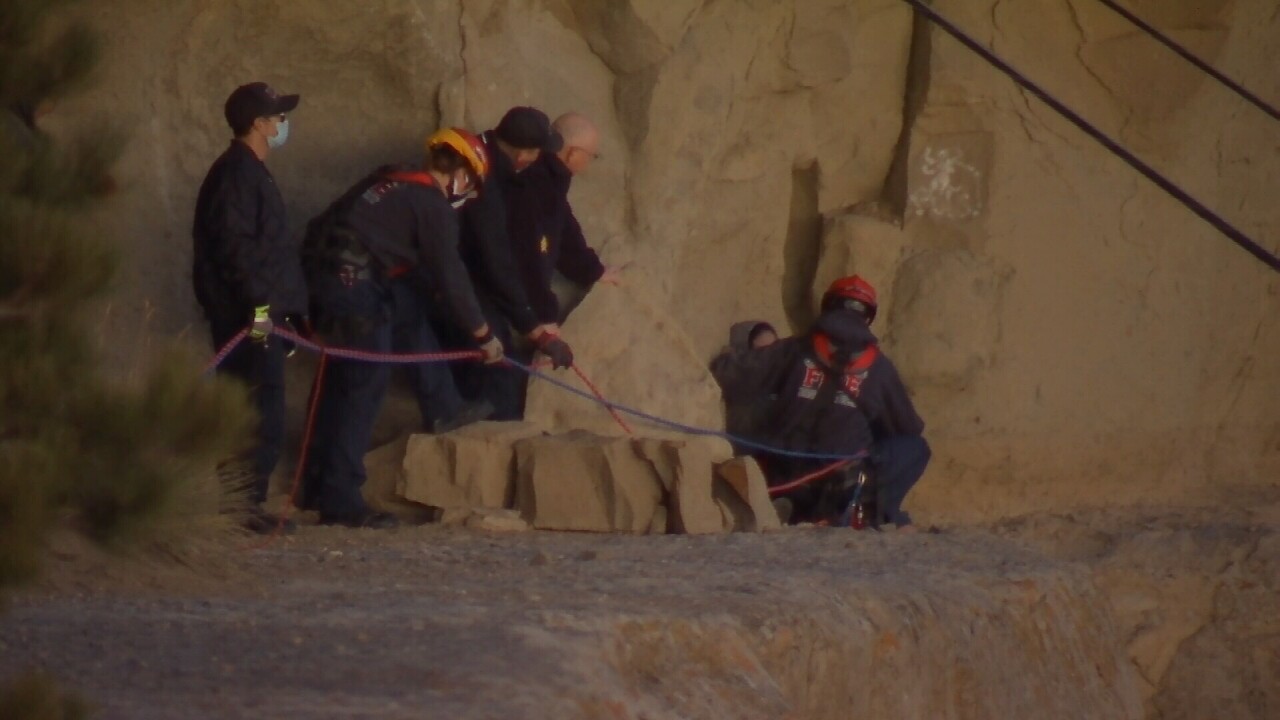 Justin McKinsey/ Q2 News
A woman was rescued from the Rims Wednesday, Nov. 18.

Police and firefighters responded to the call at 4:27 p.m., according to a tweet from Billings Police Sgt. Glenn Gunther.

The woman was in her 20s and likely under the influence of drugs and alcohol, according to Gunther.

She was transported to a local hospital by police for a medical and psychological evaluation, according to Gunther.

This subject was transported to a local hospital by BPD for medical and psychological evaluation.