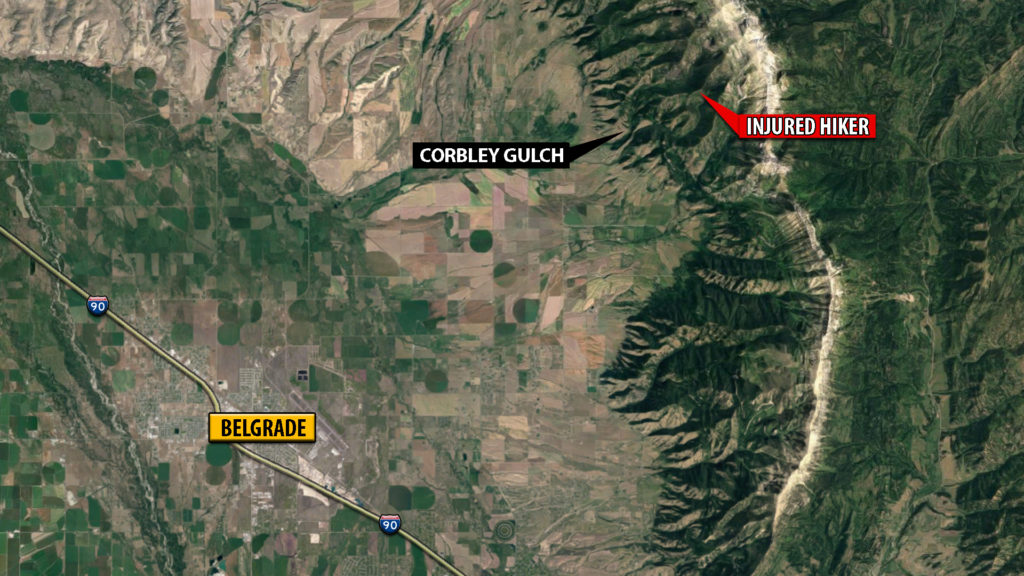 A 24-year-old hiker was rescued Sunday afternoon after she injured her ankle and was unable to walk.

According to a press release, the hiker was on her own about four miles from the Corbley Gulch Trailhead when the injury occurred. She was able to contact other people in the area who called Gallatin County Sheriff’s Search and Rescue around 2:24 p.m. when they reached cell phone service.

Two motorcyclists, who came across the injured hiker, began driving the hiker toward the trailhead.  They met responding rescue crews on the trail.  The motorcyclists transferred the hiker to rescue personnel, who transported her the rest of the way to the trailhead via a specialized rescue litter.  The hiker was able to drive herself once she was back to her car.

Gallatin County Sheriff Brian Gootkin reminds hikers to always tell someone where you are going and when you are expected to return.  “It’s the little things that can get you in the back country,” he said. “Even the most prepared people can find themselves in need of a little help when out getting fresh air and exercise. We are glad to give people a hand if they have a bad day but we have to know you need it and where you are before we can.”