BOZEMAN, Mont. – You might remember the story about a little boy named Dax in the Bozeman community.

He was diagnosed with dyskeratosis congenita, which is a rare genetic disease, and he was in need of a bone marrow transplant. Two years ago he received that life-saving transplant through Be the Match and yesterday he met his donor for the first time.

“It’s such an honor and I feel like the blessed one. Seeing him get to run around with his friends here at the party, yesterday we went to Yellowstone and getting to climb and explore and the joy that he brought to everybody in our car as we traveled and I just feel honored to be a small part of that,” Dax’s donor, Jennifer Hawkins said.

Because of Jennifer, Dax is able to be the seven-year-old boy he is today.

She knew it was unlikely that she would ever be a match, but when she received the phone call on September 30, 2016, there was never a question whether she would be a donor or not. She didn’t know exactly who she was saving two and a half years ago but is thankful to know him now.

“Getting to actually meet Dax and get one of his famous hugs right away it just, I’ll forever be grateful and this has just been incredible,” Hawkins said.

Jennifer may feel she is the blessed one but Dax and his family feel they are just as blessed.

“And it’s such a reward, an emotional reward seeing the joy that Dax brings to every person he encounters,” Hawkins said. 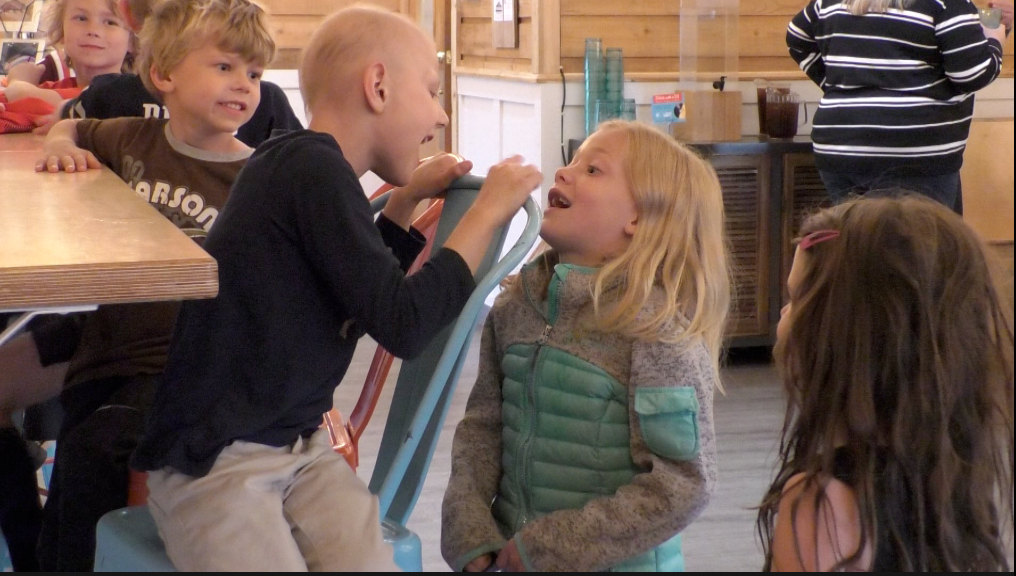