BOZEMAN, Mont.- Throughout Thursday, Bozeman  Fire Department continued to spray water on an apartment complex under construction on Babcock and 7th after a fire burned the building to ash and rubble.

The complex that is no longer standing was soon to become the SOBO Lofts Apartments.

“When fire crews did arrive they identified that the building was under construction,” said City Communications Coordinator Melody Mileur. “Due to the nature of the fire, they chose to fight the fire from the exterior, meaning not go inside and fight that fire.”

Kirk Goodale said his wife originally smelled smoke and then he stepped outside to see the flames only a couple of doors down from his house.

“There was lots of blue smoke,” said Goodale. “From propane and what not, so that was a little concerning but watching all these trees catching fire… it was pretty emotional.”

The building was under construction, which caused some issues for Bozeman firefighters.

“This building is not completely enclosed so you have a lot of openings in it – that is a bad thing for fire,” said Fire Chief Joshua Waldo. “It allows the fire to get the oxygen it needs to burn a little faster. You don’t have things like sheetrock. And walls up that would slow fires down. So a building that is not complete is just a lot harder for us to deal with than something that is.”

As of 8:30 a.m. Thursday, fire crews had already used one million gallons of water to contain the fire, which eventually burned the building down to the ground. 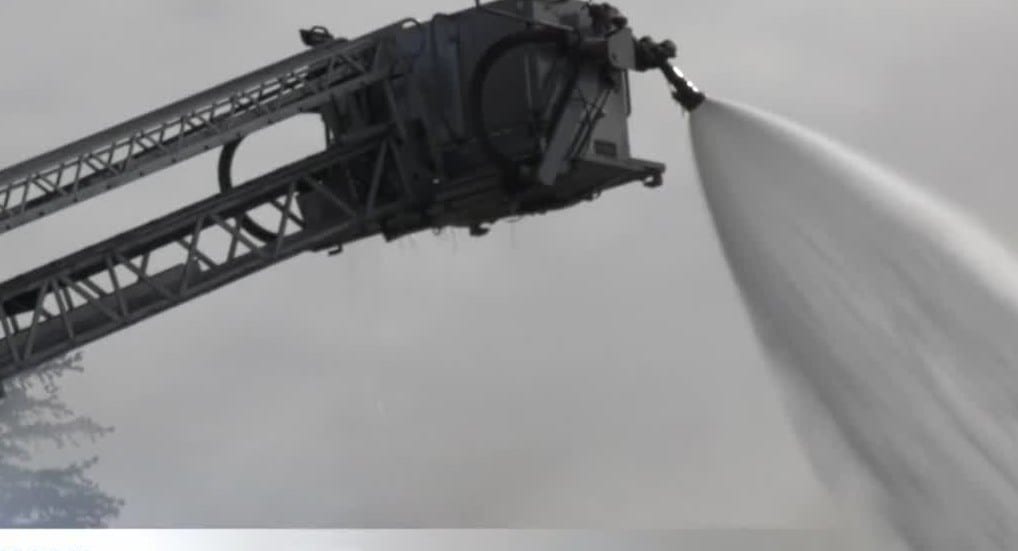 “It’s pretty well a total loss,” said Waldo. “At this point, we are using heavy equipment to move things around so we can get to these concealed fires and make sure that they are out.”

The fire crews were staged at the area throughout the day. BagelWorks gave the first responders free coffee, bagels, and use of restrooms from early in the morning.

“Everything was blocked off,” said Amy Points, an employee at BagelWorks. “You know they are taking care of the surrounding area. Cutting the power and everything was important for the families around but you take care of people. You know, we take care of each other. “

The city closed down 7th Street from Main to Olive Street and Babcock from 6th to 8th. The city said these streets were closed down to ensure drivers, first responders, and the public stayed safe during the fire. Mileur said the city is also advising people to stay away from the scene if possible.

“Please stay safe,” said Mileur. “Stay away from the area if you are able, and be aware of those road closures. This is still an active fire and for the sake of yourselves as well as those who are currently working to make sure that the fire is being contained. We ask that you stay away and try and seek alternate routes.”

The fire crews stayed at the scene throughout the night to monitor the scene. The fire is still under investigation and a cause has not yet been determined.