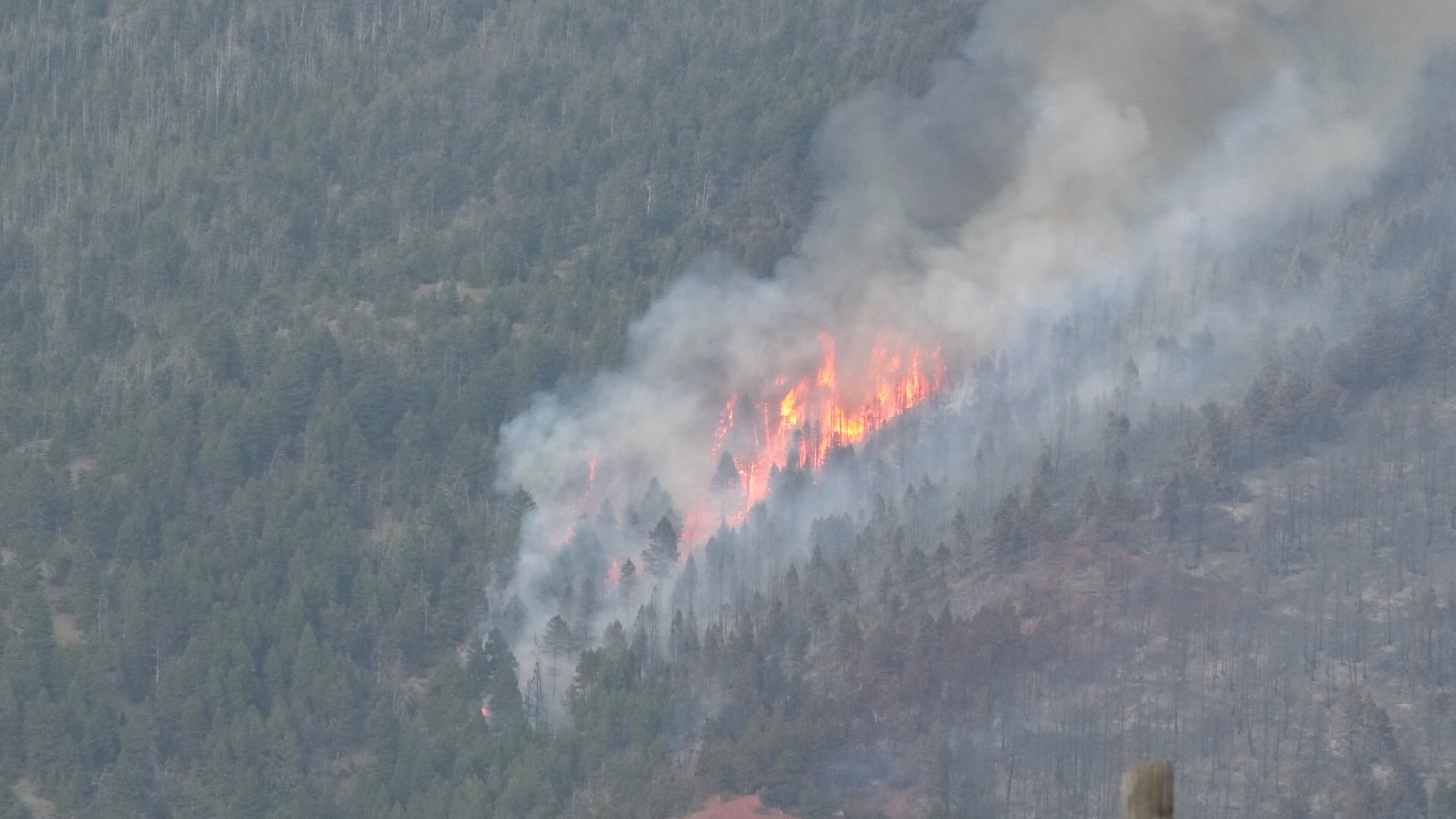 There was much uneasiness in the air as the Bridger Foothills Fire continued to burn Saturday.

The fire, burning since Friday afternoon, could be seen from many different parts of Bozeman, and residents said that they’re just so sad to see something like this happen in their community.

“It makes you more concerned and also it brings it right to your face. You know here it is right in front of your face. Here’s a fire,” said Tom Holcombe, neighboring business owner.

The fire burning in several spots that began just north of the M hiking trail has destroyed an estimated 7,000 acres and required hundreds of emergency personnel and vehicles to come together — each playing an important role.

On Friday, area residents were warned about the fire — but Saturday, hundreds of people were asked to leave.

“That was the biggest thing was once that fire came over on that side and started moving down towards the structures. That’s when we had to move people out,” Sheriff Gootkin said.

As of now, the only injuries reported have been four firefighters who are reported to be in good condition after being treated at the hospital.

“Biggest concern is just people who live up on the Bridger Foothills on the other side now. This side there weren’t many people living around here, but on the other side there’s a lot of houses and structures, livestocks and you know, animals,” said Holcombe.

And the weather seems to only be in favor of the fire.

“Tonight’s the big one. With this wind event that we’re having come through, we knew that this was coming. We prepared for it, but hopefully Monday looks better, and we’re knocking on wood,” said Gootkin.

“It’s like it’s going to be out of control. It’s a very bad terrain for anybody to walk up to, and all they can really do is keep it from burning structures down. They’re not going to be able stop it,” Holcombe said.

People have been asked to stay away, but dozens have stopped by to drop off water and other supplies.