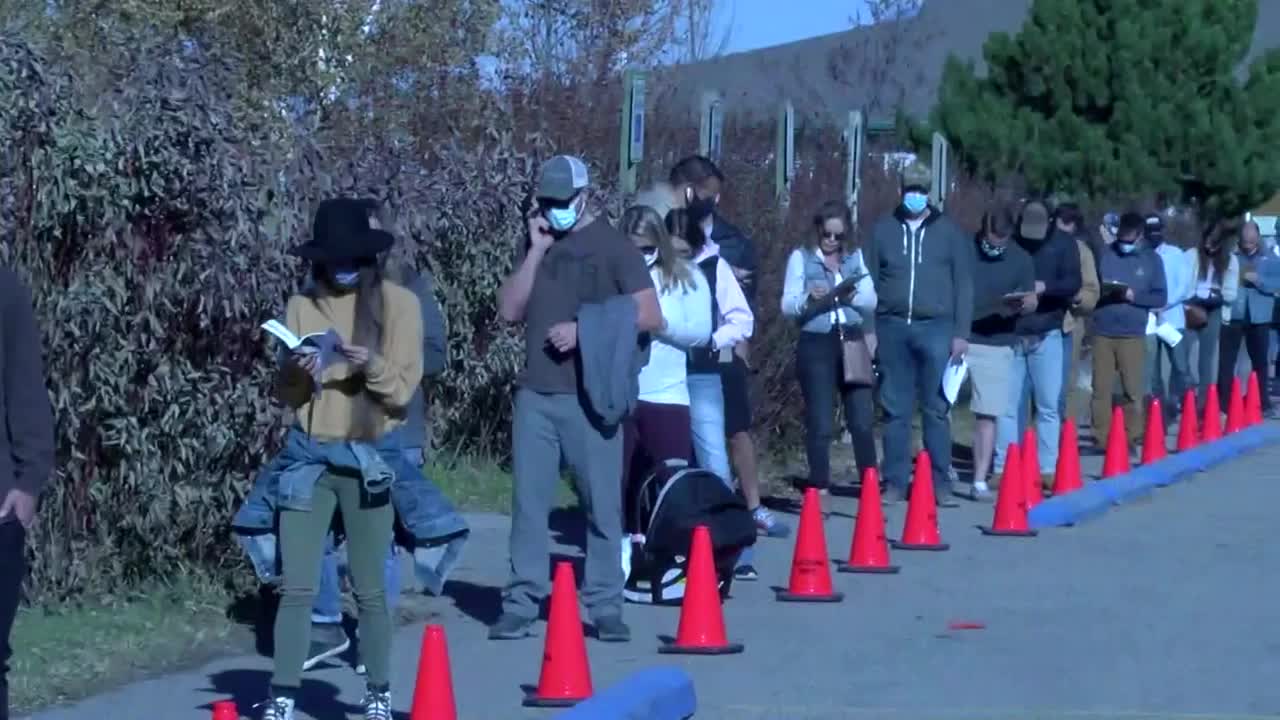 BOZEMAN — Voter turnout for 2020 has been historical across both the country and the state. As of Tuesday morning, more people have voted in this year’s election than ever before in Montana’s history, with many of those voters casting their ballots for the first time this election season.

“It’s actually my first time voting even though I’ve been eligible to vote for about 4 years," said 23-year-old Isaiah Howell.

While many first-time voters are Gen Z, there are a lot of millennials who have been eligible to vote in past elections, who are exercising their right to vote for the first time this Election Day.

Over at the Gallatin County Fairgrounds, 34-year old Evin Groves voted for the first time on Tuesday, saying he felt it was important to make sure his voice was heard.

“I just felt like there was no better time to participate," said Groves. "I’ve been a part of the community, and it was time to do my part.”

“It just makes you feel more patriotic and just being able to get your opinion out there," said Pearson. "Some matters might not go the way that I want it to go, so I figured if I want to have a different change, I need to come out and do it rather than sitting at home.”

Skyler Severance was one of many Montana State students hitting the polls early, making sure her voice was heard before heading to class.

“No matter what side you stand on any topic or anything that’s going on, it’s your chance to step out and have a voice, and everyone wants to use theirs and they want to be heard and that’s understandable," said Severance.

Gallatin County election workers began counting votes Monday morning, processing more than 32,000 ballots by the end of the day. County Clerk Eric Semerad told reporters Tuesday that 2020 has been a record year for voter turnout in Gallatin County with over 81% of ballots that had been issued early last month returned. Those numbers are expected to rise when polls close Tuesday evening.