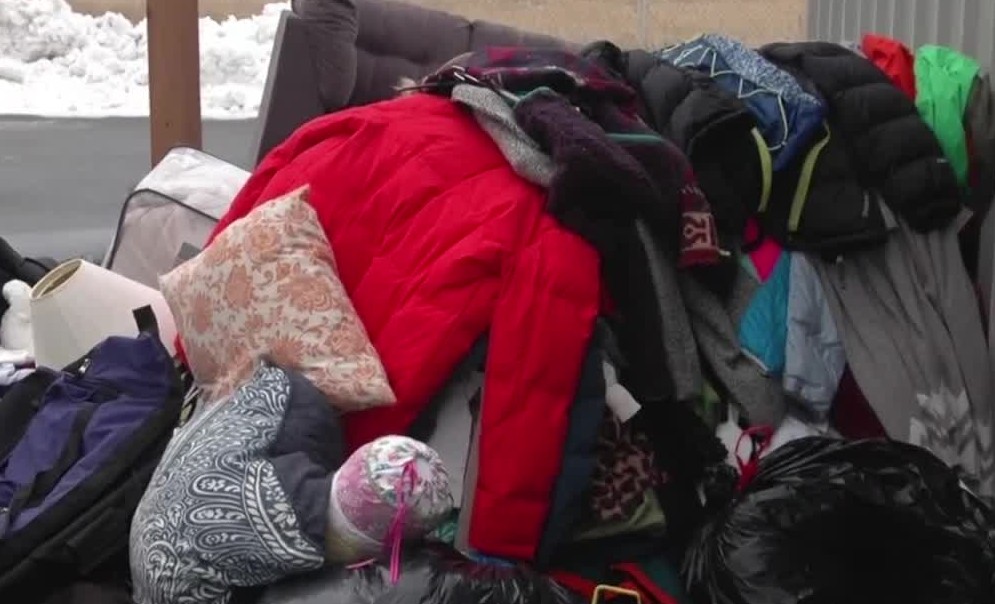 “I don’t know that I’ve seen such large items before in such a magnitude stolen before,” says Detective Colter Metcalf of the Gallatin County Sheriff’s Office.

GALLATIN COUNTY — Gallatin County Sheriff deputies have recovered hundreds of stolen items and now, they’re trying to find all of the rightful owners.

Detectives say given the sheer magnitude of how much stuff was stolen, how many victims is a difficult number to draw.

But out of around 600 photos of piles of items, 200 victims have already been identified.

There could be more.

“I don’t know that I’ve seen such large items before in such a magnitude stolen before,” says Detective Colter Metcalf of the Gallatin County Sheriff’s Office. “It took us a crew of approximately 10 employees over a course of two days, two full days, just to get this stuff moved around and catalogued.”

“In November, the Sheriff’s Office was made aware a large amount of stolen property that spanned actually five different storage units where it was being housed,” Metcalf says. “We’re probably looking at over a year, I would say, before it’s going to be all said and done.”

Some collections are made up by single items.

Others could fill an entire house.

“You’re talking about people’s entire lives that were stolen,” Metcalf says. “Think of everything that you might have in your house. That’s in this group of stuff.”

And the number of victims ranges in the hundreds.

“We’ve already linked, I would say, a large amount of property to approximately 200 victims,” Metcalf says. “We have about 400 more photographs of stolen property that we haven’t linked to any victims yet.”

To keep track of the more than 600 different photos, at least at one time, the GCSO has started a new program to lay them all in one spot.

“We’re looking at items that were stolen from as far away as Yellowstone County and as far back as 2012,” Metcalf says. “We’re trying to engage the public through an online photo album. It’s a modern resource. We’re a modern agency. We’re all about innovation.”

But for now, there are no known suspects, who Metcalf says used the unnamed storage facility as a collecting spot.

“These items had been taken from all sorts of different places: job sites, other storage facilities, ranches, all over the place,” Metcalf says. “We have suspects that are more organized and are able to steal a lot of stuff before being apprehended.”

Metcalf says getting back mountains of stolen items is a success.

“It’s a great victory for law enforcement,” Metcalf says. “It doesn’t matter the community’s size. There will always be an element that’s willing to take advantage of that.”

A four-wheeler was also among the stolen items, which has already been returned to its owner.

If you are able to identify property belonging to you, email colter.metcalf@gallatin.mt.gov , detailing the property.