A Belgrade woman is in trouble after investigators say they found her injecting herself with meth in a Bozeman McDonald’s parking lot. 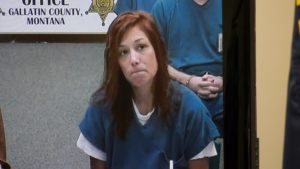 Desirae Young is charged with five counts of having dangerous or illegal drugs — including meth, heroin and marijuana.

According to court documents — Bozeman City Police found her there after an employee at the Roadway Inn saw her leaving the hotel and called them.

There was a warrant for her arrest.

When officers found her, they say she was injecting something into her arm and confirmed it to be meth.

They also found several meth pipes, a bag with heroin in it and containers holding both meth and marijuana in her car.

Young could face up to five years in prison on each of the five charges, if convicted.