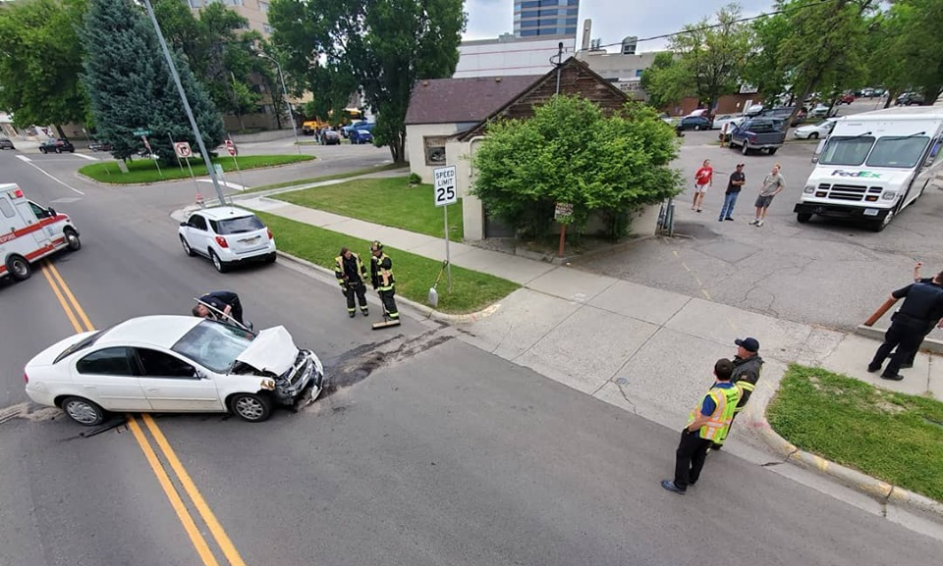 BILLINGS- A man was booked into the Yellowstone County Detention Facility Wednesday for allegedly repeatedly ramming a FedEx delivery truck with his car.

Zachary Knowshisgun, 27, faces an assault with a weapon charge.

The incident happened just before 4 p.m. in the area near the intersection of Division Street and Lewis Avenue.

The unsuspecting female FedEx Driver was inside the truck while the attack played out.

Billings Police Sgt. Clyde Reid told Q2 that, for some unknown reason, Knowshisgun ran his vehicle into the truck over and over, until his car stopped working.

Reid says it didn’t take long for officers to catch him.

The FedEx driver was taken to the hospital as a precaution and released.

Reid says there is no apparent connection between Knowshisgun and the FedEx driver.